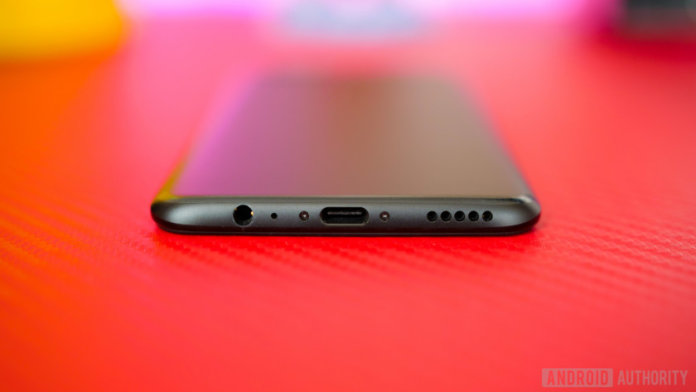 Julianne Mercer, Negosentro.com | The market is flooded with numerous phones these days’. It is easy to find a new model since so many devices are being launched each day. Owing to huge competition each brand tries to offer something unique in terms of features and specifications as they strive to gain an edge over others in the highly competitive market. There are endless devices in the market which help the users these days to communicate more easily with the help of various apps on the Android operating system. The smartphone has indeed brought the revolution in the world, and hence, there are a number of makers, who have jumped into the field of manufacturing of this device. The market also has got many brands, but in last few years new entrants in the field have provided devices with terrible features which have changed the market shares of brands to a huge extent.

An emerging brand which is trying to change the face of cell phone industry is OnePlus. The brand is one of the leading manufacturers of Smartphone. The headquarters of OnePlus is located in China Guangdong. It was found not long ago in the year 2013, and within a short span of time, the company has marked its presence in almost 42 countries around the world. The brand launched its very first device in the year 2014, and since then the company has been introducing excellent devices each year.

The company has become popular in short span of time owing to its advanced technology and brilliant features. After the successful launch of OnePlus, the brand soon came up with OnePlus 2. OnePlus 2 also received a great response from the market. The device is a nice break from the usual Samsung and Apple phones which have led the device attain huge demand. Soon the brand launched other devices with OnePlus 3, OnePlus 3T and OnePlus X.

This time across, the brand is all set to take ahead its legacy with the new device from its kitty. The brand has launched OnePlus 5, which had hit the market on 22nd June 2017. Even before its launch, the device had become the coveted phones of the year. Now, that the device is launched, let’s check the specifications and features of the phone:

The OnePlus 5 comes with a 5.5-inch full HD screen. It comes with an Optic AMOLED display. The capacitive touchscreen responds well to multi-touch.This mobile has a screen resolution of 1080 x 1920 pixels with 401 ppi which is best in the segment. The device dimensions are 154.2 x 74.1 x 7.2 mm which is considered as best in class. The phone weighs around 153 grams which make the device very light which is a plus point for the phone. Hence as per the size, this device can be considered as a standard one and help the user enjoy the navigation as per their routine practice only.

The screen is protected by Corning Gorilla glass which prevents the phone from breakage. It comes in full Aluminium body, and one can buy OnePlus 5 in exclusive midnight black colour. The safety of the screen and device colours also help the potential buyer just to grab it and enter the world of modern smartphones.

The OnePlus 5 runs on latest Android version 7.1.1 Nougat. It is equipped with Octa Core (4×2.45 GHz, Kryo 280 + 4×1.9 GHz Kryo 280) processor which is considered as best in class. It is packed with Qualcomm Snapdragon 835 MSM8998. It comes with a whopping 8GB RAM which is impeccable for the device in given segment. With this quality of software, there is no chance that a user can be disappointed with the performance of the device in any aspect.

Being one of the important features of a smartphone, the company has offered high-quality cameras for better images. The camera is a powerful feature of OnePlus 5. It comes with 16MP + 20MP dual rear camera which comes with Exmor-RS CMOS sensor, phase detection autofocus and 1.7f aperture along with dual tone LED flash. All these features can prove much helpful to the selfie lovers as well as those who love to capture videos at frequent intervals.

The OnePlus 5 is packed with 128GB of internal memory. However, the device does not offer an expandable memory which can be a drawback for the device.

It offers a 3300 mAh Li-polymer battery with quick charging. Hence for the users, the days had gone when they had to rush for the charger as the battery was quickly going out.

There are many connectivity options in the device whichinclude dual SIM connection, 2G, 3G and 4G along with Wi-fi, Bluetooth, GPS, NFC and USB Type-C. Hence as far as the exchange of data is concerned, there is no dearth of option for the users irrespective of the channel one uses.

The OnePlus 5 price in India is Rs.37999.This much amount places the device in a higher or premium segment where there is a huge competition of this model with models from numerous leading brands.

The OnePlus 5 is one of the most promising devices of the year owing to its configuration and powerful battery. The camera of OnePlus 5 is its outstanding feature along with splendid looks and connectivity options. The device is performing well in the market. For user reviews and other details, turn to 91mobiles.com.

Subliminal Messages: What Consumers Really Look for When they Browse the Shelves

Emerging Small Business Trends You Should Know About

March 12, 2020
Negosentro.com | What is Heirloom Quality Furniture and Why You Should Buy It? | When you’re looking for furniture that’s built to last,...

An Expat’s Guide to Home Insurance in the UAE