Negosentro.com | The Internet’s Sheer Size and Usage Trends | Ever since the internet was created in the 1990s, it has changed our lives. The Gen Z population and younger will have the internet integrated into their lives at a young age, never knowing what life was like before its inception. We have information on demand, communication and ways to connect with each other in a vast array of forms, and of course ways to publish websites get easier by the day.

The internet is massive and growing at breakneck speeds: there are approximately 576,000 new websites created per day This is equal to 24,000 websites per hour, and 400 websites per second.

The internet is huge, but how huge is it?

One way to visualize how much the internet is used is to measure its global traffic.

Cisco’s Visual Networking Index estimates that annual internet traffic will reach 4,800 zettabytes by the year 2020. To be clear, this is the traffic, meaning how much data is served to users over the internet, and not how much storage the internet takes up, and in either case is an astonishing amount.

One zettabyte is approximately equal to one billion terabytes. These types of numbers are extremely large and difficult for the average person to put into perspective.

Another way to imagine this is, the orbit Earth takes around the sun is approximately 940 million km for a single orbit. If each terabyte in a zettabyte were one kilometer, it would be equivalent to about 5,100 orbits around the sun.

How much time is spent online?

A study published in January 2020 reports that users spend an average of 6 hours and 43 minutes online each day. If you compare the average minutes of internet usage to reports in 2018, there is a jump of almost 12% from 6 hours of daily usage globally.

Undoubtedly, this figure must have increased in tandem as a higher percentage of the population starts to work from home during the pandemic. Remote working tools have expanded and even with the country reopening, a portion of these jobs will remain at home.

For both the 2018 and 2020 reports, its surprising to see that four of the top five countries are the same, topping the charts for internet usage at 8.5 hours and 9 hours minimum, respectively: Philippines, South Africa, Brazil, and Thailand. Thailand making the biggest jump from 5th place to 1st place in 2020.

According to data from Internet World Stats, globally only 59.6% of the world has access the internet. As access grows and reaches the places with the lowest internet access coverage, we’re likely to see adoption rates grow as years go by. The places with the most room to grow are Africa, Asia, and Australia.

How many people use Google?

One of Yahoo’s earliest products was an online cloud storage called Briefcase–these guys had the idea way before the likes of Dropbox and Google Drive dominance. Yes the internet comparatively moved at a snail’s pace and if anyone were to call you while you were uploading anything to that cloud storage that transmission would likely have been reset, but they were onto something.

And before we had search engines homepages like today’s, many of the experiences were called “portals” since they were doors that led to other places. Yahoo continued to break new ground with the internet’s first web directory.

One of those 130 other search engines was a private company named Google. Fast forward to the dotcom bubble burst in 2000, Google has already accounted for over 75% of all searches on the internet.

To many, there is no other search engine to use than Google. Although a large majority of respondents in a 2014 survey say they’ve tried other search engines such as Yahoo, Bing, Ask and AOL, trying is very different than having something be the default, or the only search engine one uses. Google accounts for 92.46% of the search engine market share in 2019. 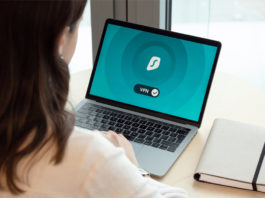 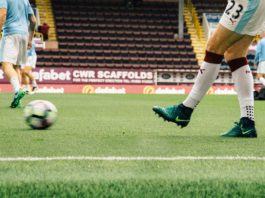 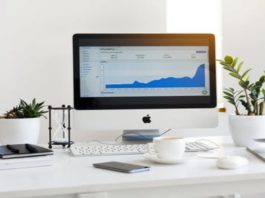 Tools for Predicting Your Company’s Growth