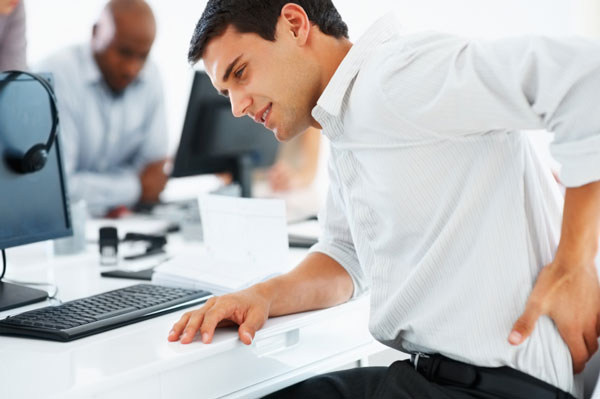 Injured at Work? You May Be Able to Sue Your Employer | Although filing a workers’ compensation claim is usually considered the exclusive remedy for an injury on the job, several circumstances allow an employee to file a civil lawsuit against his or her employer. These include when the employer intentionally caused the employee’s injury, has insufficient or no workers’ compensation insurance, denied an employee’s claim in bad faith or manufactured the equipment or product that injured the employee.

By filing a lawsuit, an employee may recover pain and suffering damages and punitive damages on top of collecting the usual workers’ compensation benefits.

If a person sustains injuries because of work-related injuries caused by the intentional acts of an employer, then he or she may file a personal injury lawsuit against the employer. The employer must have acted with the specific intent of harming the employee. An example of an employer’s intentional conduct is a boss punching an employee in his or her face.

Employer Does Not Have Adequate Workers’ Compensation Insurance

Employee Injured by a Product Manufactured by Employer

In states that recognize the dual capacity doctrine, an employee injured by a defective product that happens to be made by his or her employer can sue the employer under the theory of product liability. As a result, the employer is responsible for work injuries through workers’ compensation as well as the defective product as its manufacturer.

An employer can improperly handle or intentionally delay a workers’ compensation claim. A bad-faith delay or denial of benefits can be the basis of suing an employer. Some states allow bad faith lawsuits if an employer handles claims negligently, even if it not intentionally.

In many states, an employee can sue an employer if the employer conceals the source of an injury, and as a result of the concealment, the employee’s injury worsens.

Suppose an employer knows of asbestos contamination in a building. After someone starts working in the building, he or she develops asbestosis symptoms such as coughing and reports that to the employer. The employer does not mention anything about the asbestos-contaminated building.

If the symptoms worsen over time, the worker will have to seek treatment and take some time off work. He or she may receive workers’ compensation benefits and file a claim for damages directly resulting from the employer’s fraudulent concealment.

Employers can be held liable if they violate federal and state employment laws. For example, a disabled employee can become injured when trying to go up the stairs using crutches because there is no alternative compliant with the Americans with Disabilities Act (ADA). He or she can file an ADA lawsuit in addition to receiving workers’ compensation benefits.

In all the instances above, one will have to prove his or her claim by providing substantial evidence, which may include:

It is also worth mentioning that the exceptions in which a person can file a lawsuit against his or her employer vary from one state to another. A local attorney can help a person know whether he or she has viable grounds to sue his or her employer and help him or her build a strong claim by collecting the necessary evidence

The Importance of Having a Personal General Practitioner

Overcome the Fear of Flying in New York, California, and Florida