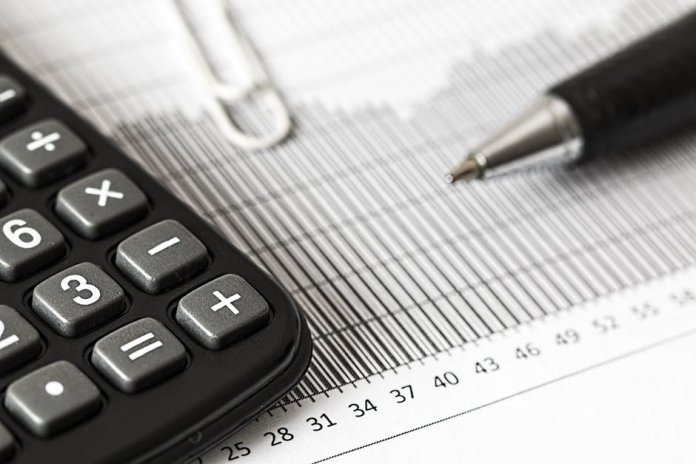 Negosentro.com | How To Pay Taxes When AliExpress Dropshipping and Shopify Dropshipping| Taxes isn’t the most exciting, sexy of topics to have to talk about and while some people disagree with paying taxes and others are opposed to them – at the end of the day it doesn’t really matter how you feel about them, for as Benjamin Franklin famously said: “There are only two things certain in life: Death and taxes”.

We get a lot of emails from customers at SaleSource, asking us to give them information about their tax obligations in their respective countries. Unfortunately, there are about 195 countries in the world, we simply can’t discuss the tax obligations for each of them, which is why we’re going to focus on the biggest country that online sellers sell to and that is the US, which is by far the largest dropshipping market in the world.

In the US, the recent ruling of the Supreme Court South Dakota v Wayfair that occurred on June 21st, 2018. This ruling has a massive impact on tax obligations of dropshippers. One thing worth noting, we do not offer official legal advice and we’re not accountants, this article is for informational purposes only.

What taxes do I need to pay when aliexpress dropshipping?

There are two main types of taxes that you need to pay. The first is income tax and the second is potentially sales tax.

Starting first with the easiest:

Income tax is a tax that you pay on the profit that your store makes for the year, that profit is your income. The same goes if you had a job. If you had a job, then you would be paying income tax on your wages.

With dropshipping we pay income tax on the profit of our store. So if you don’t make a profit, then you don’t pay any income tax. In fact, you can often claim your losses as a tax credit. One of the most common tax questions that we get asked is this: “If I live outside the United States, maybe I live in Australia, but my customers are based in the USA. Who do I pay my taxes to? Do I pay my income taxes to the US government or do I pay them to the Australian government?”.

There are some states in the US that are the sales tax Havens.

No one is required to collect and pay sales tax within them. But of course, if you may have suspected the majority of states in the USA are sadly not sales tax Havens.

In the past you only had to pay tax to states that you had nexus in. Let’s say a customer comes to your store who also lives in Arizona and they buy an item for $15. You are required to charge and collect sales tax on that order because you have nexus in Arizona. The sales tax rate is 5.6% .So in this case here, the text to collect is 84 cents. You are required to pay this 84 cents to the State of Arizona when tax time comes around.

But, in the past let’s say that you’ve had a second order and this time your customer had come from Texas. Well, you didn’t live in Texas, you owned no property in Texas and in fact, you had nothing to do with the state of Texas.

This meant then that if live in the US (maybe you lived in the UK) then you usually had no nexus in any state. So, you usually weren’t required to collect or pay any sales tax at all for USA customers, which was a really nice bonus.

This law was set in 1992 after a different Supreme Court case Quill Corp v North Dakota. It was ruled that nexus was required to collect and pay sales tax.

But that law was recently abolished by the new Supreme Court ruling on June 21st. Here’s what happened. In 2006 South Dakota passed a kill quill bill. In it, it required out-of-state vendors regardless of nexus to collect and pay sales tax if they were making over $100,000 a year in sales or doing more than 200 transactions in the state of South Dakota.

The online furniture retailer Wayfair was not happy with this new lore and they took South Dakota to court over it and of course they lost. In a 5 to 4 decision the Supreme Court ruled that the previous 1992 ruling was out of date with the current age of the internet and said that South Dakota was allowed to pass their bill.

Does this mean that I had to click to pay sales tax to all states when doing aliexpress dropshipping and shopify dropshipping?

Firstly, yes it does set the precedent that states are now allowed to pass their own bill that will require out-of-state vendors to have to collect and pay sales tax. However, it is important to note that until States have passed this legislature, the old rule still applies and most states have yet to actually do this.

Secondly, the South Dakota v Wayfair ruling was affirmed by the Supreme Court, but that bill was aimed only at large online retailers. To be eligible under this new law you either have to be doing over a $100.000 a year in sales in South Dakota or be doing over 200 transactions.

When other states pass their own laws, they will need to be aimed at large online retailers as well, to meet this precedent. If they want to expand that to include everyone – a new court case will be required.

So, here’s the thing. If you are new to dropshipping, then you were not required to collect and pay sales tax within any state that you don’t have nexus in. So don’t worry about it, once you get to the stage of this law impacting you, you will be making more than enough money to hire an accountant to manage all of this for.

Also, chances are, even after all the states have passed their own version of this bill, you’re probably only going to be collecting and paying sales tax to a small percentage of the states anyway. Most likely the larger ones, like New York. So let’s calm down and figure out how most of you should be collecting sales tax by asking yourself one important question:

Do I have nexus in any state in the US?

For most people, the only way that they’re gonna have nexus in a state is if they live in it or if they own property in it. There are some more obscure ways that you can have it, so if you suspect that you might be under these clauses, you should be sure to seek an accountant.

And if you live outside the United States and you don’t have nexus in any state then simply don’t worry about it until you start making lots of money, this isn’t going to impact you

But if you do have nexus in a state then you are obligated to be collecting and paying sales tax within it. Luckily though, Shopify makes this very simple. All you have to do is sign into your dashboard and go settings ? taxes ?United States.

You’ll need to let Shopify know which states you have a physical presence. You’ll type in the state and select it and give your ZIP code. Shopify will only let you add in tax settings for countries that you have a shipping option to.

Shopify will automatically collect the right amount of sales tax for the order, which is very handy because in some states the amount of tax that you need to pay will change depending on which city your customer lives in.

Because Shopify automatically calculates for you – you don’t need to worry about it, just like SaleSource automatically finds top products for you!

Top reasons you should hire a wealth manager