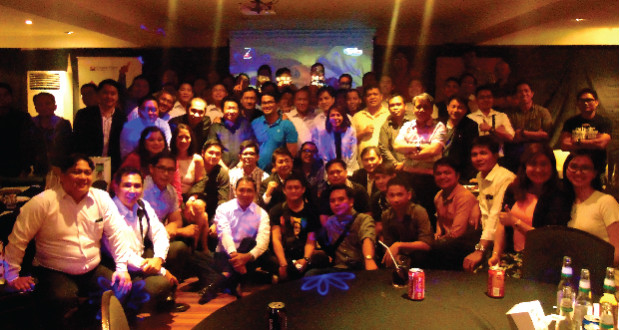 According to a recent research, the country’s hotel industry is expected to grow in the next five years.

This calls for another chance to improve, simply because it is needed. And that is what HITAP aims to do. The Hoteliers Information Technology Association of the Philippines (HITAP), together with its new set of officers inducted last August 25 at Centerstage Makat, indeed plans to make the hospitality industry better than before.

HITAP, led by newly inducted president, Raffy Zacarias of Chroma Hospitality, seeks to be more competitive, both individually or as a group itself. Its members are officers from the IT industry, with the hotels they are representing. Technology today has been surpassing man’s imagination, and so, implementing it to the hospitality industry could mean more of a challenge, especially on how they would address the needs of the customers. But that comes easy, because they know what to do: know their needs. Every generation has their own, and there sure is a solution to every single one of them.

In this new administration, improvements and innovations would surely be expected, as the growth of technology rapidly increases, too. Zacarias intends to continue the works of Bisuna and even improve it more. In fact, Zacarias has already introduced one of their plans – technology trainings. They would be holding seminars regarding IT, wherein they would also present certificates to be issued for additional credentials for the attendees. He also would like to gain more trust and connection with HITAP’s vendors and continue the good relationships they have made.

HITAP outgoing president Jojo Bisuna expressed his gratitude for the HITAP members, for their continuous support and willingness to collaborate regarding the projects released. He also mentioned that he would still help and support the group like when he was still the president. “Ganun pa rin ang gawin natin, and improve”, said Bisuna. And just as how HITAP supports him, Zacarias added, “Once a president, always a president.”

The new members were also introduced, including IT people of different designations.

A CIO is the most senior executive in an organization responsible for the information technology and computer systems. He, according to Bisuna, is basically a source of information, source of ideas, the source of innovations. With almost everything revolving around the internet today, Bisuna sees that the future could instantly become the present already. The cloud could contain everything we input today. The hotel industry could take advantage of that, given that a new set of officers could surely pave the way for more innovations in their services and solutions.

Indeed, change has come. But it will surely be for the betterment of everyone involved.