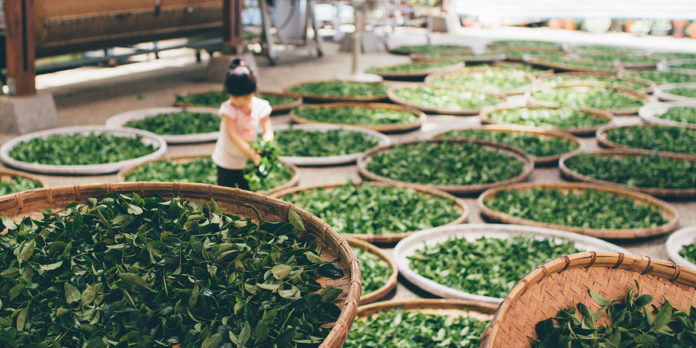 As we all know, the world we’re living in is quite hectic and stressful. Most of us are finding it extremely difficult to cope with all the pressure in both private and professional life and we try, as much as we can, to find ways to help us stay mentally strong. However, the challenges are becoming increasingly difficult.

It seems as if we’ll never be able to get rid of so much stress and that the situation is only getting worse. This feeling leads to a combination of frustration, anxiety, and depression, which all have a profoundly negative effect on our mental and physical help. Still, we can’t afford to give up but have to fight this battle. Many people resort to medications or seek professional help in support groups or individually, but not many give natural remedies a chance they deserve. For example, if you’re trying to find an alternative medication to improve your ailments, whether physical or mental, you may wish to read over online resources such as you’re able to find on kavaguides.com and others in order to find out more regarding herbal remedies that could help you. To help you understand the role herbs can have in staying mentally healthy, we’ve prepared the following list of the most popular natural remedies.

St. John’s wort is a common herbal mental health treatment that has been used for centuries. It can’t do much about severe depressions, but it’s been proven to assist the treatment of mild to moderate depression. However, you should never administer this herb without consulting your doctor, since there could be some side-effects that the studies conducted so far have not considered. This is especially true if you use St. John’s wort with antidepressants, since it can make symptoms worse or reduce the effectiveness of conventional treatment.

Our ancestors discovered that a cup of chamomile tea in the evening helped them sleep better, which is why some treatments of depression and anxiety include this plant, which comes from the Matricaria recutita plant. Again, while chamomile can alleviate some symptoms, it can’t be used as the sole treatment for more severe depression and anxiety. What it can help, though, is produce some relief from depressive symptoms.

Still one of the most controversial plants, marijuana is known to contain over 200 cannabinoids, different substances with different properties. One of them is called cannabidiol or CBD and it used to treat insomnia and anxiety. Just a few drops of CBD for anxiety will help you reduce anxiety and have a better sleep. It can also boost your focus and attention and since it doesn’t have any psychoactive effects, you can use it before going to work or school in you need to efficient and productive. Just search online for the best CBD Oil in the market.

Lavender oil is among the most popular oils, used mainly for relaxation and reducing anxiety. Its recognizable scent makes us sleep better by reducing anxiety. It’s important to understand that lavender, like most other herbs and plants, can’t be used as the only way to treat problems with mental health. Instead, it should be used as a supplement to other types of treatment prescribed by a professional.

One of the most expensive spices normally associated with cooking can also be used as a safe and effective measure for controlling the symptoms of depression. It’s still inconclusive whether it can have any adverse effect in the long run, but many people are using it and claim it has helped them feel better.

A spice known for its pungent scent, sage is said to improve cognition, which is why it’s commonly used to help the treatment of Alzheimer’s disease. Some research show that sage contains compounds that could help cognitive and neurological function. If you add it to your diet and drink sage tea, you’ll most likely feel the benefits confirmed by some studies.

This herb is usually taken in tea form in order to reduce anxiety and insomnia, but it is also useful when it comes to improving cognitive function, as testified by a study where 42 patients with mild to moderate Alzheimer’s disease took either a placebo or lemon balm extract for four months. The study showed that those given lemon balms showed a significantly greater improvement in cognitive function (compared to those given the placebo).

All these herbs and plants can help you stay healthy mentally, but shouldn’t be used in combination with medications, unless your doctor has been consulted. Being realistic about the potential benefits of herbs is very important since we need to understand that problems related to mental health are extremely serious and can only be dealt with professional help. Expecting any treatment we might administer ourselves to solve all our problems is totally unrealistic and will only make us more frustrated when we become aware of the reality. However, if taken in the right doses and combinations, herbs can provide great, natural aid to our mental health.

Where Can Someone Get Help for a Substance Use Disorder?