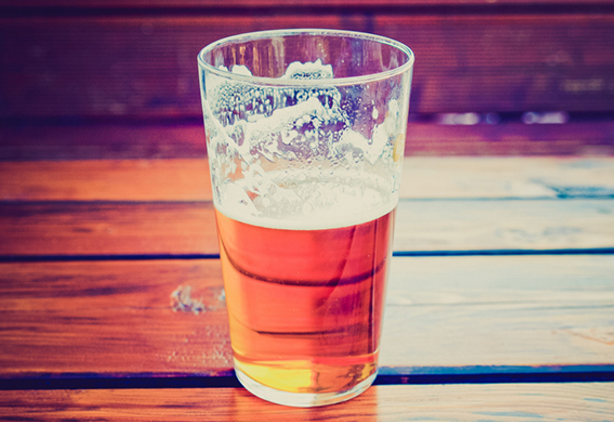 by Jesus Jimenez, via Success |

First let’s get something straight. I am not an alcoholic—not even close. I’d call myself a social drinker, someone who enjoys a cold one on the weekends and sometimes, sporadically, during the week (after the 9-to-5 grind, of course). But, recently, I noticed how much weight I’d put on—I was growing a beer belly… and I wasn’t a fan of my new companion. So as Lent approached, I tossed around the idea of giving up alcohol. I didn’t need to give it up, but I was curious what would happen if I did, just for a few weeks. So on Fat Tuesday I drank one last perfectly chilled bottle. Then I didn’t drink any alcoholic anything for the duration of the religious season.

“For every disciplined effort there is a multiple reward.” That’s what Jim Rohn said—and the man was right. Saying no to happy hours and ordering Sprite instead of Stella wasn’t impossible, but it did require discipline on my part. And I walked away feelin’ pretty good, too.

These are five perks I experienced from giving up alcohol for 47 (long) days:

1. I learned who my real friends are.

There are a few friends I haven’t seen since that last beer. I realized they were people I only met up with at bars or saw at parties—that we didn’t do much else together. And then there were my other friends, the ones who encouraged me, even going as far as to not drink in front of me. My real relationships got stronger, bonding us together for the long haul, while the surface-level ones dissolved, probably for the best.

On my first alcohol-free Friday night, I quickly realized how much money I was going to be saving. I went to a soccer game where I normally would have had two, maybe three beers—but this time I didn’t. I got a soda instead. And after the game, my buddies and I grabbed dinner where, again, I would have normally ordered something(s) with a kick. But I got mango-flavored water instead. In only one night, I saved $40.

Because I wasn’t spending my Friday and Saturday nights at the bars, I branched out. I saw plays, read more books, spent more time at the gym, tried new restaurants around town and jammed out at karaoke. The not-so-surprising surprise (but a good reminder for a 20-something like me)? You don’t need alcohol to have a good time.

There were a lot times in the past few weeks when the temptation to drink was almost too much to handle because of peer pressure. None of my friends would have judged me if I had given in, had “just one” drink, but I would have. So I stayed committed to my goal through parties, bars and happy hours. And I feel stronger because of it.

So I didn’t lose as much as I had hoped, probably because I started drinking more soda and sweet tea as replacements for beer. But without the higher-calorie alcohol in my diet, I did lose some weight—which is better than nothing, right?

Lent’s over now. Am I going to go back to being a social drinker? I’m not sure. While there’s a part of me that doesn’t see the harm in it, there’s another part of me that that thinks, I did it for this long. Why stop now? It also left me thinking about other bad habits I could cut out or reduce by giving them up for a few weeks.