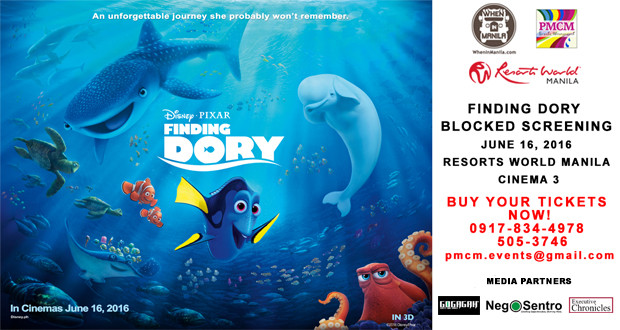 If you were successful in finding the orange clown fish Nemo, this time it’s time to look for his friend – Dory.

Walt Disney Picture’s “Finding Dory” is the latest animated adventure film that tells a story of a blue tang fish named Dory. Challenged by her forgetfulness, she looks for her long lost family while her aquatic friends Nemo, Marlin and some new found ones help her along the way.

If you’re up for the challenge of “Finding Dory,” PMCM Events Management will hold a special movie block screening on June 16, 2016, 8:00 pm. Registration starts at 7:00 pm at the Resorts World Manila Cinema.

5 Of The Most Popular Luxury Hotels in LA for Businessmen