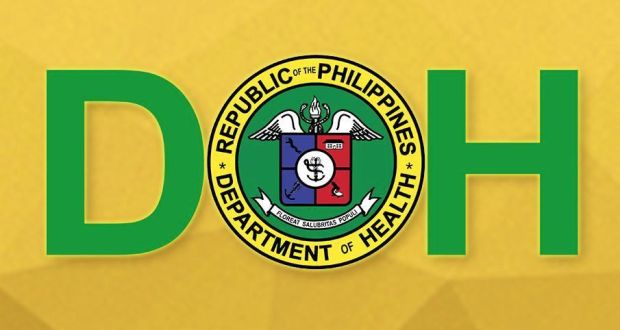 VOWS FIGHT FOR JUSTICE AND REVIEW OF MAGNA CARTA FOR HEALTH WORKERS IN HARDSHIP POSTS
6 March 2017
“DOH is one with all health workers nationwide in mourning the untimely death of Dr Dreyfus Perlas, a true Bayani ng Kalusugan, who embodies the passion, idealism, humility and selfless service for the poor and marginalized communities.  He is a rarity now in public health thus this is a great loss for the health sector and the thousands of patients he could have continued to serve.” Secretary Paulyn Ubial said as the DOH joined the Black Monday protest to call for justice and the improvement of the plight of frontline health workers.
At the same time, the Health Secretary denounced all acts of violence against doctors and health workers nationwide calling on local government units to help improve their working conditions and ensure their security and benefits while delivering vital health services in the field especially those working in remote and disadvantaged areas of the country.
We ask our local governments to please protect our doctors and health workers! Help them so they can serve you better,” urged Secretary Ubial.
Perlas served as Municipal Health Officer (MHO) in the fifth class municipality of Sapad, Lanao del Norte for two years before his death where he worked on the improvement and modernization of the rural health unit (RHU) towards Philhealth accreditation to deliver primary care benefits and maternal and child health services.  He was also active in medical missions and response in various health emergencies that affected Mindanao such as Typhoon Pablo in Davao Oriental, the Nunungan Ambush in Lanao del Norte, and the MILF standoff in Zamboanga City.
“Dr Perlas could be considered a son of the DOH having been one of the first medical scholars under the Bagong Doktor para sa Bayanprogram who later joined the Doctors to the Barrio program before opting to stay as MHO for the people of Sapad, Lanao del Norte.  So as a parent this is truly devastating.  We sympathize with his family and also seek swift justice for this tragedy,” lamented the Health Secretary.
The Department of Health through its Regional Health Office has been coordinating with the local authorities in Lanao del Norte in the investigation of the death of DrPerlas.  The Lanao del Norte Provincial Government under the leadership of Governor Imelda Quibranza–Dimaporo meanwhile has created a Task Force to lead the investigation and also announced a reward money to identify and catch the perpetrators.
Secretary Ubial has already directed the Department to revisit and amend the Magna Carta for Public Health Workers to reinforce benefits and security provisions that could ensure the safety and protection of health workers particularly those deployed in hardship posts in Geographically Isolated and Depressed Areas and localities identified as high risk for violence.
“In the same vein that we recognize the risks faced by our military through difficulty pay or battle pay and other security measures, we must also protect our health workers.  They also risk their lives in the line of duty while saving the lives of others.  The service that they give is matchless and invaluable.  Let not the life and death of Dr.Perlas be forgotten and put to waste. We rally together with all health workers to continue the fight for better working conditions,” concluded the Health Secretary.
The Black Monday protest has been called by fellow barrio doctors of Perlas under the Doctors to the Barrios Foundation to demand justice and also bring attention to the needs of all frontline health workers facing daily battles of difficult working conditions, denial of legal benefits and other entitlements, harassment and acts of violence in high risk areas. Masses were held across the country last Sunday offering prayers for Perlas and honoring his example as a service-oriented and altruistic physician for the people of Mindanao.
(Visited 23 times, 1 visits today)