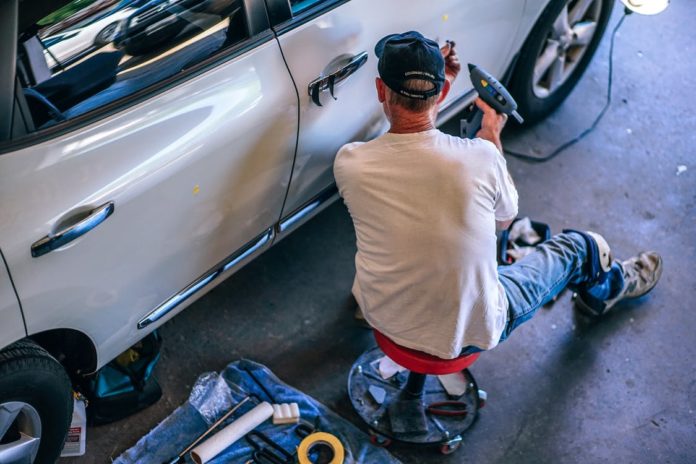 Dealing with car troubles is never easy, and the situation can be even more infuriating or stressful when the damages are on the body of your vehicle, for everyone to see. If you were recently involved in a minor car accident that left the body of your car with a visible dent, you have two options: treat this damage like an addition to your car “personality” and accept to live with, or try to get it fixed as soon as possible. If you choose the latter option and the dent on your car is not too deep, nor the paint damaged, you should definitely consider getting a paintless dent removal done by IDBOSSE or a company like that. Here are the benefits of this technique.

One of the main benefits of paintless dent removals is that they are really fast procedures. Generally speaking, it means that you should be able to have your vehicle back in the same business day you brought it in (unless you came in at 4 PM…) If you don’t trust car mechanics and are very worried at the idea of leaving your car with one of them, or if you’re working with your vehicle and can’t afford to not have access to it for more than a day, a paintless dent removal is by far your best option.

What’s worse than leaving your car for days with a car mechanic? Coming back to get it and being presented with a bill of several hundreds or even thousands of dollars for something that looked so small the last time you saw it… Paintless dent removals are among the cheapest bodywork procedures out there (we’re talking about savings in the range of 40% to 60% compared to regular bodyworks), so that’s what you should do if the damage to your vehicle allows it. There are two reasons to explain this: first, the “paintless” in the name means that the procedure can only work on vehicles that don’t require a paint job or, in general, an input other than manual labor. Second, since the process is recommended for dents that are not too deep to begin with, it’s really fast, as we pointed out in the previous section. That means you’ll also save on labor costs, which is definitely good news.

Everything Stays In Its Original Condition

A paintless dent removal is less about repairing your car than bringing it back to its original condition. With no new input involved in the process, you can rest assured that when the technician will be done working on your car, it will have gone back to its original condition. This is particularly interesting for people who own vintage vehicles, with rare colors and parts that can’t be find on the market anymore or only for a ridiculous price.

This point may not seem relevant to everyone, but it sure is a nice upside, especially nowadays. Paintless dent removals are ecological processes for a reason that boils down – again – to the fact that they don’t require any additional input. The process is literally just a guy working on the body of your car with a magnet tool under fluorescent or LED lighting until it has regained its original appearance. This technique is as clean as they get.

If you have a problem with a dent that it’s not too deep and doesn’t require painting, you should look for a car mechanic specialized in paintless dent removals. You will get the best bang for your buck in a timely manner and with the assurance that your car has just been brought back to its original condition. It’s a nice deal, right?

Tips to Lower the Cost of Car Repairs

Get Used Toyota Trucks in Dallas

10 Things to Know Before Selecting a Car Repair Specialist