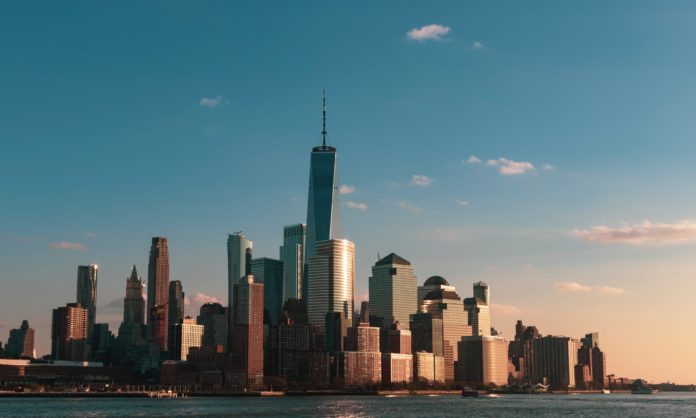 The U.S. economy remains in the midst of the longest peacetime expansion in its history. Most economists agree that we’ve achieved full employment, or close to it; the labor market hasn’t been this tight in decades. Key economic indicators, such as gross domestic product, continue to show healthy growth. After years of little to no growth, real wages and productivity are finally on the rise.

But the picture isn’t uniformly rosy. Talk to anyone with their finger on the pulse of the American economy — federal policymakers, respected economists, executives at North American steel service firms — and you’ll hear a cacophony of caveats about the future. Even those who don’t expect the economy to tip into recession in 2020 expect rockier times ahead.

Let’s take a closer look at some of the top reasons for concern about the present economic expansion’s longevity.

Despite hiccups in early 2019, U.S. consumer spending is holding up fairly well. Unfortunately, it’s probably the best-performing macroeconomic indicator at the moment; others show signs of softness. A sudden drop in consumer spending could be the shock that tips the economy into recession next year.

The Federal Reserve is finally reducing the Federal Funds Rate, a key benchmark. But it may be too late to preserve the current expansion — or at least the present pace of growth. As businesses and consumers retrench, gross domestic product could fall.

Although defaults remain low by historical standards, their incidence is creeping upwards, particularly in cyclical sectors like autos. A rise in auto loan defaults won’t by itself cause a serious recession, but it could presage further woes.

The Trump administration is taking a tough line on America’s historic adversaries, such as China and Iran. It’s also considering targeted sanctions on erstwhile friends, such as Turkey. Collectively, these moves could dampen global growth in key sectors, such as aerospace and defense.

Regardless of political affiliation, impartial economists mostly agree that U.S. presidents get too much credit when the economy is good and too much blame when it’s bad.

That’s not to say presidents and their policymaking teams have no influence over the U.S. economy, however. And, independently of policy, political uncertainty may affect economic performance — usually to the downside.

Good thing, then, that U.S. and international politics have rarely been less certain.

Uncertainty Ahead? Bet On It

Indeed, if one thing remains certain, it’s that uncertainty is the order of the day. Whatever’s coming down the line, we can expect it to bring plenty of confusion along with it — and to look very different in hindsight than in advance.

What can you do to prepare for an uncertain future? Keep one eye to the potential economic threats we’ve outlined above. Draw upon your own experience and the expertise of those around you as new threats emerge. And remember to pick your battles — while no one likes to admit defeat, strategic retreat in the face of overwhelming challenge enables you to live to fight another day.

Here’s to making the most of 2020, whatever it brings.