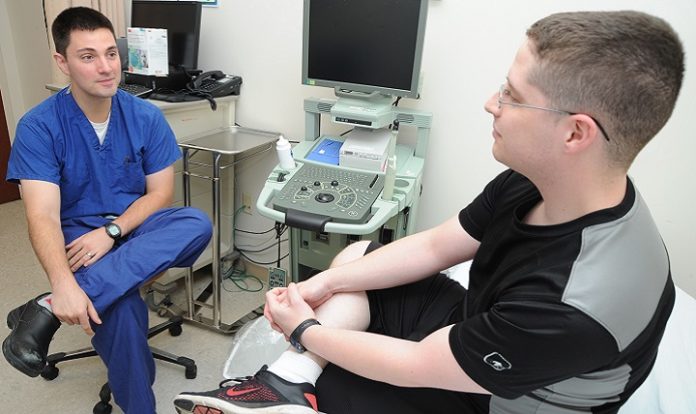 Negosentro.com | In recent years, there has been an increasing awareness among public bodies and healthcare organizations of the importance of prioritizing male health. For a variety of reasons, most notably social expectations and norms,men often don’t take their health seriously, and there are always private urologist but no taking health seriously can lead to significant complications, particularly among middle-aged and older men.

This is why it is important for men to address health concerns at the earliest possible date and to take warning signs seriously, particularly when it comes to these serious conditions:

Heart disease is the main cause of death for men and women in the US, but men die from heart disease at a disproportionately higher rate than women. And, according to the CDC one in four US men is suffering from some form of heart disease.

These figures don’t mean that men in their twenties or thirties don’t need to worry about heart disease. Men have a shorter time to act to prevent heart disease, and a number of factors can increase the risk, including smoking, a high cholesterol level, lack of exercise and diabetes.

That is why men are encouraged to take a more proactive approach to screening and to ensure that they undergo a prostate test on a regular basis. Blood tests and digital rectal exams, particularly for those aged 50 and over can identify prostate cancer at an early stage, but those who have a family history of prostate cancer or other risk factors should be tested at an earlier age. It is also believed that diets rich in red meat and high fat dairy can contribute to prostate cancer.

After cancer and heart disease, strokes are the third leading cause of deaths in the US, and the incidence rate for strokes is 1.25 times higher in men than for women. A number of factors increase the risk of strokes, including age, smoking, high blood pressure, high cholesterol, obesity, lack of exercise and diabetes. Men are often reluctant to tackle some of the problems that can increase stroke risks, but many of these can be resolved with lifestyle changes.

It is a startling fact that men are around four times more likely than women to take their own lives. This may partly be down to the prevalence of undiagnosed depression. For a variety of reasons, men often find it harder than women to seek help for depression, and male depression may also play out in ways that are not immediately indicative of depression, such as anger, aggression, working too hard, or taking increasing risks. To change this situation, it is vital for doctors, patients, family members and men themselves to recognize that society’s model of masculinity is toxic and potentially fatal, and that there is no shame in any man seeking help for depression.

Lung cancer remains the main cancer killer for men and women in the US, and in men there around 200,000 new lung cancer cases every year. An increasing awareness of the dangers of smoking has brought about a steady drop in the level of lung cancer deaths since the 1990s, but it still remains a threat, and men are at greater risk, primarily because they are more likely to be smokers than women. While other factors, such as air pollution, genetic factors and exposure to asbestos, can be a factor in lung cancer, smoking is the leading cause. Fortunately for men who smoke, there are numerous resources available to help quit the habit, and it has also been shown that the risk of developing lung cancer begins to fall as soon as you stop smoking.

Although attitudes towards male health are changing, it remains the case that too many men avoid getting help for health problems, which can lead to minor problems becoming serious life-threatening conditions. That is why it is important for all men to be aware of the diseases that most commonly affect them and to ensure that they work to reduce risk factors in consultation with a physician.

When Surgery May be Essential For Your Back Pain

Vascular Specialists: Who Are They and What Do They Treat?