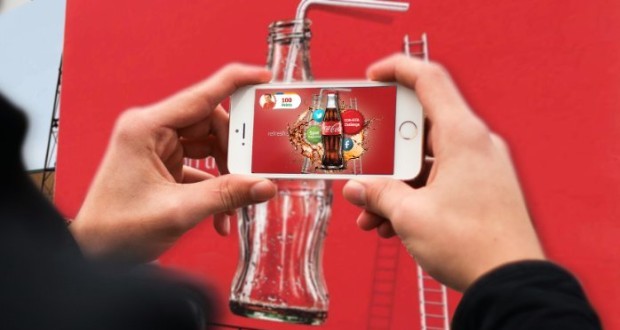 Augmented reality (AR) solutions are disrupting advertisement, marketing and brand development. AR enhances the visual experience. It integrates graphics, images, videos and sound onto a 3D image of a product. It converts two dimensional images into a three D model.

On mobile devices, this will mean enhancing what you can see through your device’s camera. This can include enhanced content like multimedia clips and other additional content that describes the real world better. AR images of food make it look so real that one can almost smell it.

While AR is used often to enrich a customer’s marketing experience, it is also being used in defense, training, entertainment, design and manufacturing, real estate etc. New and innovative AR based use cases are regularly showcased by innovators in technology events worldwide. Marketers also ask if AR is a blessing or a curse.

The technology caught the attention of mainstream media with the launch of Google Glass a couple of years back. Microsoft has introduced holographic image based AR by launching Hololens. The technology generates a hologram of an object.

A three dimensional hologram with details can be used to re-design, re configure and repair a piece of machinery. Objects can be virtually assembled and reassembled. No wonder, as a result, AR is becoming popular in the manufacturing sector. Such imaging is also used to study anatomy and understand pathology of organs. It has potential for use in teaching and surgery simulation.

The technology is not as new as it may sound. It was probably implemented first time in the 1990s on heads up display (HUD) units mounted on helmets of fighter pilots. The AR image of the HUD would project the plane’s altitude, speed and direction. The technology has evolved over the years. It has been refined to enhance not just real life objects but to add hearing, feel and even smell to the visual experience.

Some of the prominent AR SDK providers include but not limited to Vuforia, ARPA, Metaio, ARLab, DroidAR etc. Most of the SDK applications are supported on major mobile and desktop devices and platforms.

The applications help enhance an image with multimedia content pulled out of a Television program and the internet. The enhancement could be just an image, audio, video and animation.

In the Google Glass use case, a person wearing that device when he looks at an object on a street, is able to pull information pertaining to that object from the internet and display it to the Google Glass user. A mobile phone user similarly uses the GPS capability of the smart phone to access information specific to the object at which the device is pointed.

AR technology as it stands today has some limitations. Image recognition does not work well indoors. When the GPS of the smart phone is used to pull information about an object, the accuracy of GPS comes in the way. GPS accuracy is confined to 9 meters and that impacts information accuracy.

Then there are privacy concerns too. As image recognition technology becomes more robust it will become possible to use this capability and that of AR to pull out information on any individual. A smart phone or another AR device has to be just pointed at an individual.

Using Bluetooth and connectivity capability of the device, AR will be able to access an individual’s information from the internet. It should be especially easy, to fetch unsecured information from social media engines, personal websites etc.

However, as AR applications become more and ubiquitous and better, social media platforms will work towards making it difficult to get unauthorized access into an account. Already, internet privacy is a major concern worldwide and all major platforms are building solutions to make these increasingly secure.

Startups are leveraging AR capability to enhance customer’s product experience. I spoke to the CEO of an India based startup Yeppar. Ankush Sharma is a serial entrepreneur whose venture has already reached revenue positive status. Yeppar has been built on Vuforia SDK. The development work has been done by an in house team of developers.

Soon after the app became live, Sharma has secured a contract with a local newspaper group. A Yeppar AR application on a smart device when its camera is pointed at a particular news item pulls additional information on the item from the internet. This functionality is adding variety to an otherwise boring act of reading a newspaper. The newspaper finds this innovation interesting and they hope to leverage this to increase their customer base.

The choice of a media customer to sell AR is particularly interesting. I couldn’t help but notice a common strategy of at least two startups located in different parts of the world and interviewed by me. Both coincidentally are attending the Lisbon web summit event scheduled for November 2016.

Sharma’s Yeppar is based out of India and Luca Bona’s venture – Quibee is Turin Italy based.

Both have tied up with media organization as their first customers. Luca is using iBeacons to stream proprietary media content to cruise tourists and travelers. Ankush is enhancing newspaper content through an AR app.

Both are leveraging the media outreach capability of their customers. This way they are able to not just benefit their customers by bringing in innovation to a staid business like publishing but in return are able to get eyeballs of a wide customer base for their innovation.

Yeppar has been adding customers for his app regularly. He has a major India based fruit juice manufacturer, multiple restaurants who want their food menus enhanced as their customers. It is just a few months year since Yeppar app launch.

AR is clearly becoming a tool that will be increasingly leveraged by marketers. It is just a matter of time AR use will become ubiquitous.