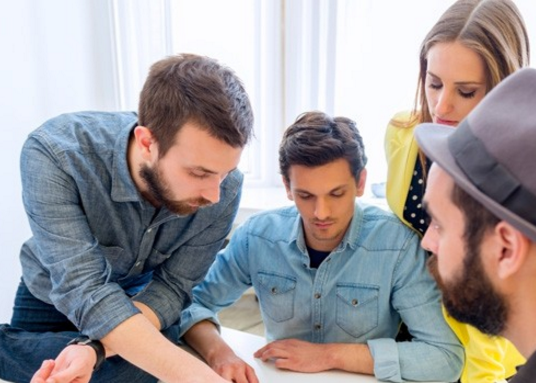 Sandeep Sangli was fond of his beer. He went to a local pub in Bengaluru, India. He liked the beer and its flavor. He liked it so much that he wanted to gift it to his friend. The option available to him was to buy a pint and personally take it to his friend’s home. But his friend is located out of Bengaluru.

The other option was to send his friend a note recommending the pub. He did not like that idea too. He wanted his friend to enjoy the drink and he wanted to pay for it. There was no mechanism for him to do that.

Akshay Ananth was a friend who worked in the same advertisement and marketing firm as Sandeep did. Both wanted to start something on their own. They wanted to be their own bosses. Their innovation and can do spirit was not getting the space they wanted as an employee. They were bubbling with energy. They had also saved a bit of cash over the past six or seven years. They were both fond of food, beer and the start up city of Bengaluru, India.

They discussed the beer pint dilemma over a pint or two. Finally they concluded they will build a voucher gifting app which will help them gift to their friends food, drink and even a spa experience.

This was a couple of years back. The idea of Easteregg was thus then born. Akshay Ananth the CEO of Easteregg startup narrated this story to me when we met in Bangalore last month. As Akshay spoke, I observed that how simple was the idea. It addresses a simple need.

Having spent now over decades in the technology industry, I notice so many people wanting to break out of day in day out of coding, travelling on planes, spending weeks, months and sometimes years far away from home in alien cities doing the same job over and over again. Many want to start something on their own. They want their creative juices to flow freely. They want to be free to create, build something new and enjoy the success, failures and pitfalls.

It is not just a good idea, or funds, or great technical skills or even great book keeping capability that make a business succeed. Business has to be customer centric, the leader should have management skills, has the ability of selecting the right people, surrounds himself with people smarter than him and with different skills and capabilities. Above all knows leader should know how to lead and get the best out of the team.