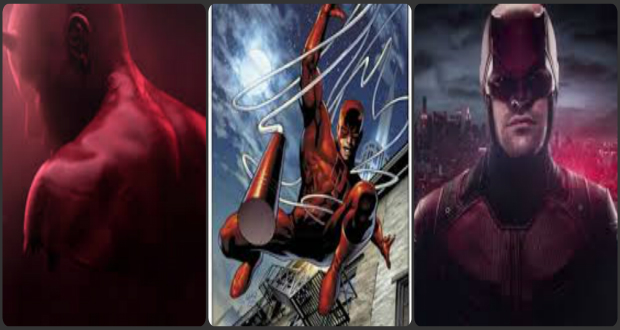 Just last year, Netflix tied up with Marvel Entertainment, the result? A heart-racing series from the comic book: Daredevil. They were able to capture the digital media streamers’ interest. While the show just ended their 2nd season, here’s a few teachings that we got from binge-watching the show.

If you are an avid viewer of Daredevil, Matt Murdock (played by Charlie Coxx) has been very resilient since he was a kid. Every fight that he encounters, he stands up and try again. In the workplace, sometimes when we get rejected, we want to quit, but instead, we should still have that fighting spirit like what Daredevil has.

In one episode, Stick (played by Scott Glenn) told Matt: “Smart is making the right decision at the right time. Like now. What’s it gonna be, Matty? You gonna spend your life crying and rocking yourself to sleep at night? Or are you gonna dig deep, and find out what it takes to reshuffle those cards life dealt.” At this point, Matt smiled and pursued on what he is now. In business, decision-making is important and how you see the situation is the basis on how to make a solution.

Matt Murdock is a fighter, in his law firm and as well as his “lifestyle” at night in Hell’s Kitchen. He fights for the truth, helps people who needs justice. Leaders or businessmen should know how to put up a fight like him, know when to bring out the best card, know what risk you are taking and what will be the outcome of every step.

Electra (played by Elodie Yung ) needed her past college boyfriend, Matt Murdock/Daredevil for a mission, at first, he was very hesitant to help out, it turned out, the mission is crucial and that it needs to be done. In business, we sometimes ignore people who pitches an idea, but in fact, it can be a possible successful partnership.

At times, leaders or businesses fail, we make mistakes and tend to hide it. Daredevil needed Claire Temple (played by Rosario Dawson) to cure him, many times, he fell and needed some time for mending. For example your business is failing, ask help, most corporations or businesses have financial advisors or strategists as their backup for advises and helpful consultation. All of us have weaknesses but that is not the reason to fail, we seek help and stand up again.

Take note of this line from the conversation of Punisher/Frank Castle (played by Jon Bernthal) and Daredevil:

Punisher: “I do the one thing that you can’t! You hit ’em and they get back up, I hit them and they stay down! It’s Permanent!”

Daredevil: “Let me ask you this, what about HOPE?”

In life, there will always be hope, a chance to change things, a chance to correct mistakes, a chance for anything that you can improve on. That’s what Daredevil reminded us that we should stick to what is right in the hopes of succeeding and overcoming challenges.