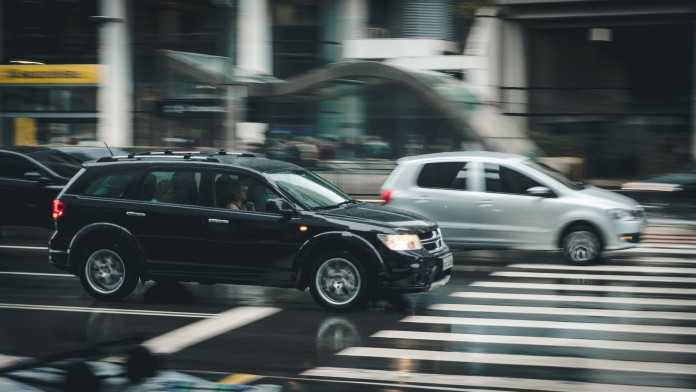 The automotive industry is one of the fastest growing industries in the world. Can you imagine that over 17.5 million cars were sold in 2016 in the US alone? No wonder the auto industry is harnessing some groundbreaking technologies to keep up with consumer trends.

Thanks to technological advancements, manufacturers have been able to make cars more energy efficient. Vehicles can now rely on electric, hybrid and solar energy systems instead of the traditional internal combustion engine.

What’s more, the autonomous vehicle is all set to change the future of driving. The cars of the future will be autonomous and interactive and can be bought through cryptocurrencies. These technologies make the future very exciting.

Today we are going to a look at some of the most provocative trends that are all set to change the automotive industry for good in the coming years. Keep reading to learn more about them:

Blockchain technology has been in the news for quite a while now. If you think that blockchain is only related to cryptocurrencies, then you might need to do your research.

Blockchain technology is being widely adopted by all the major industries in the world, especially the automotive industry. In fact, according to research by Frost and Sullivan, 10–15% of connected vehicle transactions are expected to be made through blockchain by 2025.

Here are some ways in which the blockchain technology can change the automobile industry for the better:

With the help of blockchain technology, experts are helping solve core mobility issues like scalable sharing vehicle ownership. EY-launched Tesseract is one such example where the company provides on-demand solutions through a blockchain-based integrated mobility platform.

The blockchain technology has made it possible for various organizations to launch a set of tools that can make it easier to buy and sell cars online. The AutoBlock is one such P2P platform where car dealers or private individuals can select from a vast collection of cars and pay for it via cryptocurrency.

The AutoBlock has a state of the art valuation system where all the important details of a vehicle are easily accessible to interested parties, making it a more transparent and secure buying process.

The blockchain is a decentralized platform that offers complete transparency. Hence, all transactions can be recorded via smart contracts.

These automated transactions eliminate the need for an intermediary party or a financial institution.  Smart contracts will ensure that all transactions are safe from any fraudulent activities.

Cryptocurrencies are based on the blockchain technology and will enable car dealers and customers to buy and sell using these digital currencies.

Many startups like The AutoBlock have developed their own customized cryptocurrency called the AutoCoin that makes it possible to pay through a digital wallet. Popular tech companies such as IBM and ZF have already showcased their Car eWallet that acts as a digital assistant in the car for convenient payments on the go.

The blockchain technology also can provide other benefits like usage-based insurance for vehicles and streamlined supply chains. In short, it is a foundation technology that can open up many other innovative opportunities for the automotive industry.

Many automotive companies and original equipment manufacturers (OEMs) have decided to be a lot more forward-thinking in their approach. High-tech players such as Google and Uber are entering the automotive space and manufacturers are welcoming them with open arms to expedite software development and create innovative features that customers demand.

Today, the technological barriers are finally breaking down, and according to a report by TechCrunch, M&A transactions in the automotive space totaled over $220 billion between the years 2011 and 2016.

These investments made by renowned automotive manufacturers and tech giants illustrate that the future is all about autonomous and technology-driven cars.

The idea of autonomous cars is not new. In fact, the very first radio-controlled car was invented in 1925. However, the technology experienced a dramatic leap forward in recent years. According to experts, it is estimated that 10 million self-driving cars will hit the roads by 2020 and the number of networked cars will also increase by 30% every year for the next several years. In fact, by 2020, one out of five cars will be connected to the Internet.

Augmented reality has the power to add specific and created elements on top of the real world. One of the most prominent examples of AR is the popular game Pokemon Go. But there are many applications of AR in the automotive industry too. Starting with smart head-up and infotainment displays in apps that lead to the nearest repair shops, the possibilities are endless.

A customer can experience various features such as a car’s shape, seats, and interior details before finalizing a deal. This can save a lot of time, money and physical labor. AR takes prototyping to a whole new level.

There are many other ground-breaking technologies that will change the face of the automobile industry in the future. Some of these include using big data for predictive analysis, machine learning for vehicles, 3D printing and much more.

The tech industry is working in full swing alongside the automotive companies to improve the way vehicles operate. Not only are they going to help develop eco-friendly cars, but will also make sure that each car enthusiast can customize his car just the way he wants.

Are you excited to see so many new technologies in the automotive industry? Which technology will you place your bet on? Let us know in the comments below:

Erica Silva is a blogger who loves to discover and explore the world around her. She writes on everything from marketing to technology, science and brain health. She enjoys sharing her discoveries and experiences with readers and believes her blogs can make the world a better place.

Why You Should Consider Upgrading the Stereo in Your Vehicle

Why You Should Focus on Preventive Maintenance Around the House

Top Questions To Ask Your Roof Plumber Before Hiring Them