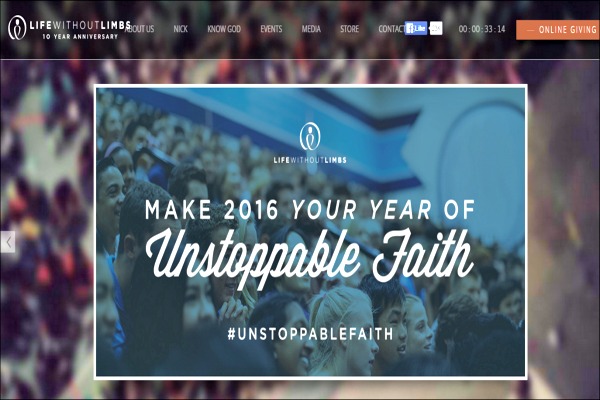 According to a well renowned Filipino lay preacher Bo Sanchez, “God gave us the power imagination to imagine the truth, especially during times when the truth is not yet obvious.”

It is easy to dream about a brighter future when things are good. But when the going gets tough, it is hard to keep a positive attitude.

Here are some life mentors you should listen every day to help you be motivated and succeed in life:

He is born with a rare condition called tetra- Amelia syndrome which means that he has no arms and legs. He struggled with depression and loneliness but he was able to triumph over these through his faith in God.

At the age 19, he began speaking in public, sharing his wonderful story to the diverse public. Aside from being a mentor, he is also a musician, actor, and his hobbies include fishing, painting, and swimming. He is also the founder of LIFEWITHOUT LIMBS ORGANIZATION.

He is also a writer and spreads the message of hope in his book: Life without Limits: Inspiration for a Ridiculously Good Life.

“Often people ask how I manage to be happy despite having no arms and no legs. The quick answer is that I have a choice. I can be angry about not having limbs, or I can be thankful that I have a purpose. I chose gratitude.” – Nick Vujicic. According to him, he was born to an abusive and chaotic family. Today he is a self-help coach and as a mentor is known for incorporating board breaking, sky walking, and fire walking into his seminars as a way of teaching participants to overcome their fear.

He is the author of best-selling books such as Awaken the Giant Within, Unlimited Power, and Money: Master the Game. He has a foundation where one of the programs is the International Basket Brigade, in which volunteers across the world deliver baskets of foods to needy families.

In 2014, he partnered with Feeding America for the 100 Million Meals Challenge by donating profits of his book, Money: Master the Game.

He is an angel investor, entrepreneur, and public speaker. He is an author of three best-selling books: The Four-Hour Body, The Four-Hour Chef, and The Four-Hour Work Week. He is also a dancer and a kick boxer.

As a mentor, he embodies the ability to learn and master anything. He is also known for his belief of mini-retirements that is focusing on things that you want to do and places you want to visit while you were young rather than wait for your retirement when you are old and weak to try anything.

She is a life coach, motivational speaker, author, and web television host. She owns MarieForleo International, B-School, and MarieTV. She wrote a book entitled: Make Every Man Want You which is published in sixteen different languages.

These people are only guides to help you stay positive. In the end, it is only you who can determine whether you’re going to be successful or not. You must really want success and believe in it in order for you to achieve it.