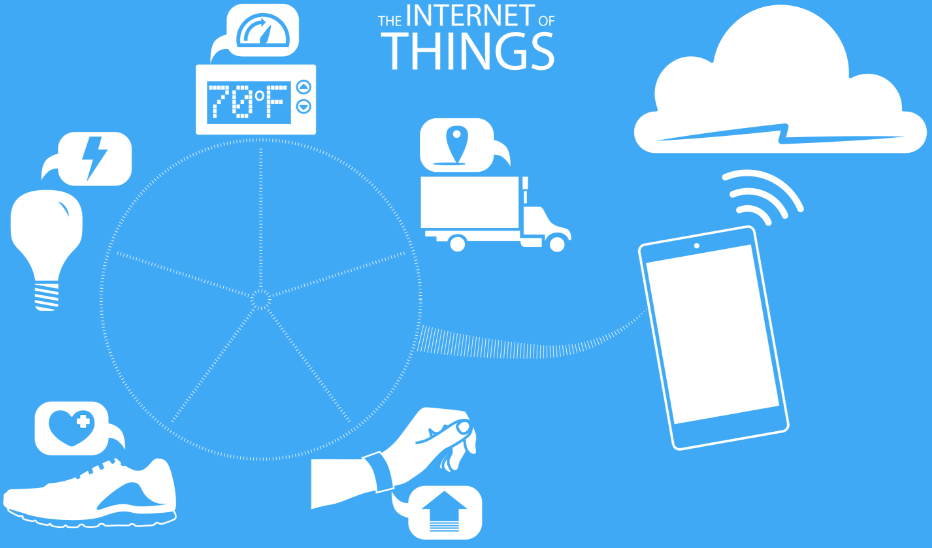 Negosentro | 10 Steps To Enhance Your Enterprise IoT Security | Internet of Things (IoT) devices have been in the market for almost a decade now. They offer a great deal of value to both enterprises and their customers. The more that devices connect to the Internet, the more you need to make sure that all the data and devices connected are secure. IoT devices help make things more convenient for users, so keeping it secure should always be your top priority.

Despite the growing IoT industry, one of the biggest challenges organizations increasingly face is maintaining security in their IoT environment. According to the Threat Intelligence Report, the average time it takes to attack an IoT device once connected to the internet is merely 5 minutes.

However, there are several ways to enhance the security of your IoT devices:

How Can You Improve IoT Security In Your Enterprise?

IoT infrastructure is often large and entails a wide variety of stakeholders. In some cases, these vendors are also responsible for providing equipment which is placed at your customer’s premise.

Before they embed their solutions into your IoT infrastructure, ask questions like:

In some cases, when customers want an upgrade or a new piece of equipment, the vendor might be unwilling to take responsibility for the cost of it.

So, ensure that all the IoT equipment meets security requirements and it’s clear who is responsible for the lifecycle and update of the equipment as well.

Every IoT device consists of firmware, which is basically permanent software programmed into a read-only memory. However, firmware requires constant updates to patch security vulnerabilities and other issues that may crop up with time.

Authentication is one of the most important components of cybersecurity. Hackers run programs and use brute force attacks to steal credentials or work their way around authentication processes to gain unauthorized access to sensitive information.

Once they have access to your personal data and credentials, they can manipulate your IoT configurations and even conduct malicious activities.

One of the primary ways you can strengthen your authentication process is by implementing multi-factor authentication. In this process, the user has to authenticate their identity by providing multiple authenticated proofs, such as the combination of passwords and fingerprints or other biometrics.

Having a sound authentication process can help you enhance the security of your IoT infrastructure by a significant margin.

End-to-end encryption can play a critical role in securing your IoT infrastructure. Encryption should be done for both data-at-rest and data-in-transit. If the connected IoT devices cannot perform encryption natively, you should implement infrastructure techniques like encrypted tunnels to properly encrypt data.

This end-to-end encryption can also be achieved by having GPS asset tracking systems.

Monitoring and controlling access within an IT infrastructure are some of the biggest security challenges organizations face while working with a wide variety of devices, networks, and assets. This is where access management comes in.

Your company should start by identifying activities that are considered acceptable by connecting things in the IoT environment. Ensure that controls for the account are placed, but also don’t hinder the processes that need to be done through the Internet’s network. For instance, rather than implementing a separate virtual LAN or network segment for your Internet, implement access controls that are context-aware so you can allow the right actions and behaviors to be in place.

Think of it as an automated system that connects various devices to the network and secure it. The best way to deploy an access management system is to make it a part of the edge network because it is the entry point for many devices.

Such access management systems should be able to perform device profiling to identify the endpoint, operating system, and other attributes. In addition to this, it should ideally have the authentication and registration process, compliance checking, and network access control.

This will ensure that devices connected to the network are secure and operate as intended while also limiting their ability to conduct unauthorized or malicious activities.

Spoofing is a cybercrime that occurs when an attacker impersonates someone who is authorized or known by the network in order to gain access to sensitive information, such as financial records, bank details, credit card info, or personal information.

It can even take place on a much deeper level, like IP address or DNS spoofing.

It’s important that businesses regularly monitor and check the identity of the IoT devices that they’re connected to, and ensure they are legitimate and secure for communications, downloads, and software upgrades.

Moreover, you can also integrate security software that authenticates all of the IoT devices to prevent spoofing and ensure data integrity.

Other means of protection you can employ include:

These measures are very important, especially today when hackers are already getting more equipped and advanced in their techniques. Remember to give each of your IoT devices their own identities. Double-check with your local IT department to ensure that each network must be legitimate.

Companies should regularly monitor IoT devices and only allow them to connect with the network using access control lists and firewalls. You should also consider limiting the ability of IoT devices to initiate network connections.

This way, you can establish a one-way secure principle where IoT devices cannot initiate internal network connections, which can limit their ability to move within the network or access internal components.

Another way companies can limit the capabilities of IoT devices is by making them go through network proxies or jump hosts. By doing so, an organization can inspect the network traffic coming from and to IoT devices, and assess it to identify security threats or vulnerabilities.

There are four different types of IoT devices, including device-to-device, device-to-cloud, device-to-gateway, and cloud-to-cloud.

If all the devices are intricately connected together, an attacker who has access to even one of the devices could move within the IoT environment and leverage security vulnerabilities to perform nefarious actions.

Therefore, it’s essential to separate your IoT devices using routing, VLANs, or by creating a separate network for the devices to run on.

Isolating IoT devices necessarily involves keeping these connected to their own private network. This can help ensure that devices are connected to the Internet but won’t have access to critical files. This segregated network can be managed and configured from a centralized location.

Hackers and their techniques have become more sophisticated over the years. This means that cybersecurity attacks are becoming increasingly difficult to detect and mitigate.

10. Insert Security Into The Supply Chain

Companies have a large IoT infrastructure, which includes multiple stakeholders in a supply chain, including suppliers, technology vendors, customers, and others. However, many enterprises overlook the importance of security which may lead to significant damage to the organization in the event of a data breach.

It’s important to note that security is one of the most critical components in the IoT supply chain. Make sure that every IoT device and network is approved by the security team to ensure that they are compliant with your company’s security standards and do not violate data privacy or confidentiality policies.

It’s important to assess your IoT environment to ensure that all the devices connected to your network are secure. The steps mentioned above can help you secure your organization’s IoT infrastructure from potential security threats and avoid pitfalls due to a lack of security measures. Complying with excellent security procedures enables you to effectively address the biggest concern related to IoT. By enhancing your business’ IoT, you’re effectively able to protect your devices from hackers’ unauthorized access and harmful attacks.