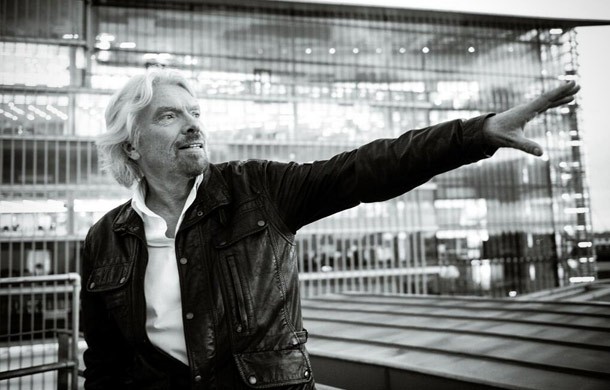 Winning away business from giant corporations and challenging them for market position can be very risky for a smaller enterprise, but if you have the courage and a great idea, it’s one of the most rewarding undertakings an entrepreneur can embark upon. Your success won’t just involve building a good business, but will stimulate innovation and encourage competition, benefitting consumers.

Before you take on a huge company, make sure that you know exactly what you’re up against. Learn as much as you can about the sector and how and why your rivals are able to thrive. Do your market research, focusing on how your product or service will be different from other brands’ offerings. After all, if you aren’t going to provide something better, what’s the point?

For example, when we launched Virgin Cola, our decision to compete with Coca-Cola was described to me as “like having a bleeding contest with a blood bank.” While our product was good, it wasn’t extraordinarily superior to Coke’s. We performed well for a while, but once they decided to put us out of business and flexed their financial muscle, our sales started dropping.

On the other hand, when we started promoting the high-speed tilting trains that we had purchased to cut travel times for passengers on our British rail business Virgin Trains, it was such an innovative idea that some people thought we were joking — the railroads were so old that surely it wasn’t possible. But we were confident that our approach was sound, and it wasn’t long before we had a successful business.

While a truly inventive product or service will go a long way toward helping you to win the battle, often that alone isn’t enough. Market leaders will not give up their position without striking back as hard as they can; they will do whatever is required to stay on top. The odds will be stacked in their favor, and they usually have the financial clout to make things difficult for smaller companies.

This is often the case in aviation. In the ’80s, when we introduced Virgin Atlantic flights from London to Miami, to challenge Eastern Air Lines, they said that there was no room for two carriers on that route — one would disappear. And it wouldn’t be Eastern! There was a price war, and, well, we are still flying high.

In some industries, your competitors may also have the assistance of regulations blockingcompetition. In such situations, persistence is key. Virgin America took a while to get off the ground — literally! The regulations about foreign ownership in the American airline industry are stringent, and we were grounded for the first couple of years. Rather than let ourselves get discouraged, we used that time to build a passionate, energized team and also to perfect our service. Through our promotions, customers learned how innovative Virgin America was – from in-flight Wi-Fi to touchscreen seatback entertainment for every guest. By the time we were permitted to take off, customers were eager to fly with us.

Also, when you are taking on a big competitor and your company is under extreme pressure, it’s a good idea to have a network of mentors you can call on for support. Look for people who have real-life experience at similar challenges. When Virgin Atlantic was locked in battle with British Airways, I sought out Sir Freddie Laker, whose airline, Laker Airways, had been put out of business in comparable circumstances. He was able to give me invaluable guidance on how to handle our very difficult situation.

Taking on the establishment is never easy, and you’ll need to overcome obstacles at every turn. Nevertheless, you do have some important advantages. An innovative product or service that offers people a better way to solve a problem will get their attention. Once you have won some business away from the established market players, they will react, but you’ll find that your small company is naturally nimble in ways that big corporations can’t be. You’ll have the flexibility to act speedily as conditions change, rather than being hindered by a big bureaucracy that is set in its ways.

If you and your team do decide to tackle your industry’s Goliath, remember to stick together, remain persistent when faced with obstacles, and to keep on innovating. And if you win, don’t be complacent – keep on working as a team, persisting and innovating, because someday, some little company is going to come along and challenge you.

Head over to Virgin Disruptors, to join the debate around under-inspiration, over-regulation and whether entrepreneurs have lost the will to innovate. My opinion? Innovation and entrepreneurial spirit are more important and stronger than ever!

The author is an Entrepreneur contributor. The opinions expressed are those of the writer.

Richard Branson is the founder of Virgin Group, which consists of more than 400 companies around the world including Virgin Atlantic, Virgin America and Virgin Mobile. He is the author of six books including his latest, Like a Virgin: Secrets They Won’t Teach You at Business School (Portfolio Trade, 2012).