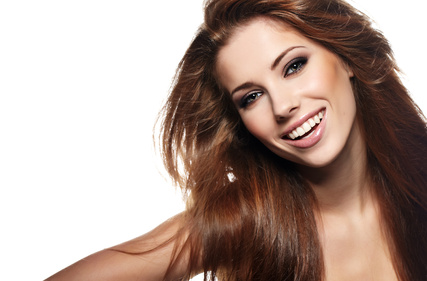 These businesses are booming despite the gloomy economy.

Flashback to 1992, I was in graduate school and on Saturday nights my friends and I would go out to our favorite local watering hole to blow off steam. One Saturday, my four friends ditched me to go dance with four girls from our college.

I went over to the only empty seat at the bar and assumed it was taken by whoever was with the extremely attractive young lady adjacent to it. Much to my surprise when I asked if the seat was taken, she said no. I introduced myself and learned she was there all alone. I struck up a conversation and learned that “Suzanne” (name changed) was a model and actress who recently moved to New York after working in Hollywood.

We talked, enjoyed a couple of cocktails, then at the end of the evening I said, “I know you must get asked out all the time, but I really enjoyed talking to you and would love to see you again. Can I take you out to dinner sometime?” There was what felt like an eternity of silence, which in reality was probably more like five seconds. And what she said next left me thunderstruck. “Actually, I’m shocked. Guys rarely ever talk to me. Yes, I’d love to go out with you.” We dated briefly, then life and our careers took us in different directions.

To make a long story short, she rarely dated. It wasn’t because she wasn’t attractive or wasn’t intelligent. Suzanne was Ivy League educated, articulate, witty and had natural beauty. She rarely dated because she was rarely asked. People were intimidated by her. They were afraid of rejection. (Ironically, the word intimidated contains the words timid and dated in it.)

Sounds a lot like sales and entrepreneurship doesn’t it?

Dating Suzanne taught me an invaluable lesson about entrepreneurship and sales. The age-old expression “It’s lonely at the top” rings incredibly true. As a result, there isn’t a lot of traffic up there. When I began a career in radio broadcasting and sales, I was reminded of Suzanne and that old quote.

I started at the top, calling on the most attractive accounts and their key decision-makers. I found I was getting meetings and sales from clients I was told were unrealistic prospects. It was the same with booking celebrity guests. A lot of hosts labeled the celebs as “unrealistic” prospects simply because they were afraid to ask for fear of rejection. I wasn’t and I landed them.

The mistake a lot of entrepreneurs make is not starting at the top when selling or pitching an idea. They don’t call on the C-suite — they’re too intimidated and instead settle for lower hanging fruit. Often the problem with low-hanging fruit is that you’re dealing with people who don’t have the authority to say yes but certainly have the ability to say no.

I will let you in on a little secret, “unrealistic” prospects aren’t in fact unrealistic. It is just that they are perceived as unrealistic. I guarantee you this same thing is happening in your industry right now. Go ahead and let it happen to your competition, just don’t let it happen to you. It’s OK to get rejected by others. It’s not OK to reject yourself. You’ve got to ask in order to have the possibility.

When we are intimidated the wrong thoughts fly through our mind. Thoughts such as, “She’d never go out with me.” “They would never buy from me.” “He wouldn’t hire me.” “They wouldn’t come work for us.”

Be careful what you say to yourself, you tend to believe youself. By doing so, you pull the plug on your opportunities.

You have to ask, because if you don’t ask, the answer is always no. In my book, Seeds of Success, I share a story of JFK’s presidential campaign. Kennedy found out through the grapevine that his childhood nanny did not vote for him when he ran for president. After the election he confronted her, asking, “Didn’t you believe in me?” She responded by saying, “Of course I believed in you, I helped raise you. I didn’t vote for you because you didn’t ask me to.”

He in essence rejected himself by simply not asking. Maybe he was intimidated or he assumed she would just vote for him out of loyalty?

Let this be a cautionary tale for you. The worst word you can be called as an entrepreneur is timid. Things we are taught in childhood do not serve us well in adulthood. How often did you hear things such as “Don’t talk to strangers,” “It is better to be seen, not heard,” and maybe the worst yet, “that person is out of your league.”

We were sold a false bill of goods as kids and are taught to be timid. Childhood books and movies even reinforce this. In reality, Cinderella would die of old age if she sat around waiting for Prince Charming to magically show up at her house and ask her out. What are you waiting for? You have to go out and find your Prince Charming or at least put yourself in a place where he might show up and ask.

How you date a model is also how you win an election, land a big client, raise money for a non-profit or sell anything — just ask. It’s how you get whatever you want. What aren’t you asking for that you should be?

It’s alright not to get what you want. It’s not alright to not go after what you want. Remember: If you go after it and don’t get it, one door may close but another might open.

A Helpful Guide to Becoming an Entrepreneur