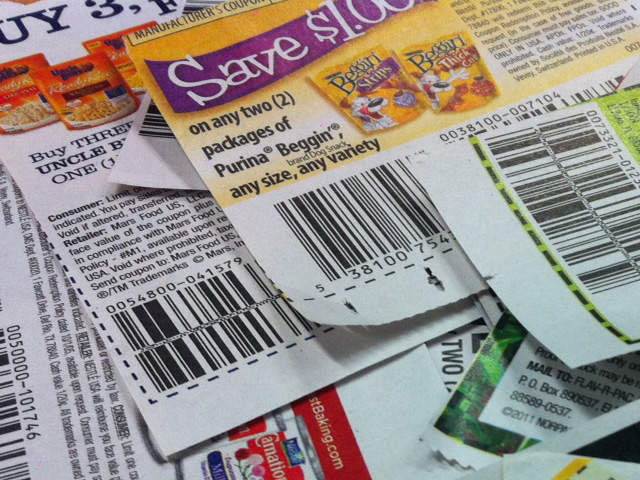 UK shoppers’ appetite for coupons has reached new heights, increasing by over a third (35%) in 2013 compared to the previous year.

The figures from Valassis, which works with 85% of the market, show that coupon redemption is continuing its upward trend, with volumes increasing by 223% since 2010. Retailer-issued coupons are driving most of the growth and account for 71% of redemptions or 466 million coupons.

Charles D’Oyly, managing director of Valassis, commented: “The 35% increase in coupon redemptions in 2013 is exceptional. Bearing in mind that retail sales in 2013 grew by just 1.6% compared with 2012, such growth is remarkable.

“The recent increases in retailer-issued redemptions are primarily due to the popularity of coupon-at-till promotions and price matching promises which mean the consumer would not have been able to buy certain items as economically elsewhere.”

Compared to 2012, and indeed any of the last five years, redemption of manufacturer-issued coupons is rising once again and 2013 saw a 50% jump in the volume of such redemptions, compared the previous year.

D’Oyly continued: “What’s behind this growth? Our recent research indicates that consumers’ use of coupons is widespread across all demographics (*), and supermarkets have responded accordingly by increasing their use of coupons as the promotion of choice for targeted consumer offers.

“We were also encouraged to see that part of the overall growth was driven by manufacturer coupons which have been largely flat for a number of years. We attribute this resurgence partly to increased awareness of couponing’s efficiency and effectiveness as a promotional tool, as well as the tendency for manufacturers to take their lead from retailers’ promotional activity. In 2013, average face value decreased from £1 to 85p, which suggests that manufacturers are refining their coupon tactics and trying to find optimal offer points that trigger behavioural change with consumers.”

* Valassis Gfk NOP research findings in November 2013 showed that 39% of ABs planned to use ‘everyday low price promises’ as part of their Christmas grocery shop, compared to 51% across other demographics

Great reasons to install a ghost alarm system in your vehicle