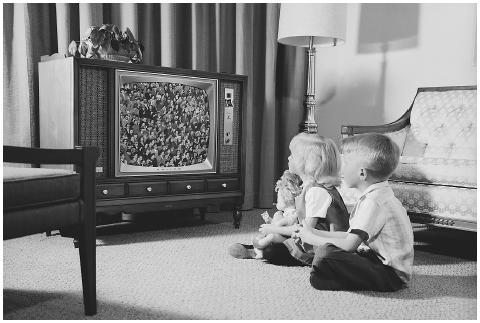 A new study that examines media consumption among the footie-pajama set may provide a clue to the root cause of an ongoing ratings drought wreaking havoc on kids’ cable ratings.

According to a research report from Miner & Co. Studio, televisions are no longer the screen of choice for kids who have ready access to tablets and smartphones. More than half (57%) of parents surveyed said their children now prefer to watch video on a handheld device rather than on TV.

Mobile devices are so popular with kids that nearly half of the 800 parents quizzed by Miner & Co. reported that they confiscate their kids’ tablets when they act up and make them watch TV instead, thereby fostering a sort of Pavlovian response that equates TV with punishment. (That these parents simply don’t restrict their kids’ access to video altogether when they misbehave suggests that they’re raising a generation of spoiled content junkies, but that’s another story.)

Some kids are so obsessed with the small screen that they’ll even forego treats for another few minutes with their portable video device. When given the choice between spending quality time with the tablet or having dessert, 41% of the parents surveyed said their kids would pick the screen over the snack.

In a video Miner cooked up to illustrate the results of the study, one child who was confronted with the tablet-or-dessert ultimatum broke it down thusly: “I know it’s like, ‘Whoa, why would you do the iPad!’ But because it’s like, one cookie? I probably can always get another cookie.”

Later in the clip, we see a toddler’s reaction when the tablet he’d been using is given to his sister. Let’s just say the little guy is not pleased. Another kid then proffers an opinion that should chill Viacom and Disneyexecutives to their very marrow: “Well, basically, TV sucks.” Whether he was subsequently forced to watch TV as punishment for his pottymouthed musings remains lost to history.

How all this will impact the traditional TV business in the distant future is hard to say — “it’s like a cartographer writing ‘here be dragons’ on the uncharted part of the Medieval map,” said the eminently quotable Miner & Co. CEO Robert Miner — but the near-term impact is already apparent in the Nielsen ratings. Year-to-date, every ad-supported kids channel but Turner’sCartoon Network is weathering significant C3 ratings declines. Thus far, Nickelodeon is enduring the roughest stretch of ratings turbulence, falling more than 30% among the kids 2-11 demo.

Mr. Miner said that one of the reasons kids prefer tablets over TV is that the handheld gizmos present a kind of viewing autonomy that the traditional set doesn’t offer. “We used to use the term ‘platform agnostic,’ but that conveys the sense that you don’t care one way or the other which platform you’re using,” he said. “With kids, that pretty obviously is not the case. So, I like to say that we’re ‘platform polygamists.’ All platforms are basically sister wives now.”

Of all the stats generated by the Miner study, this last one is an absolute head-scratcher. Curiously enough, 39% of the parents who participated in the study said their kids often view the same content on different devices, simultaneously. Having failed to arrive at a hypothesis for this behavior, let’s just chalk it up to the fact that kids are weird and leave it at that.

Should You Use Case Interview Frameworks?

Content Marketing: 4 Ways To Attract and Retain Your Audience