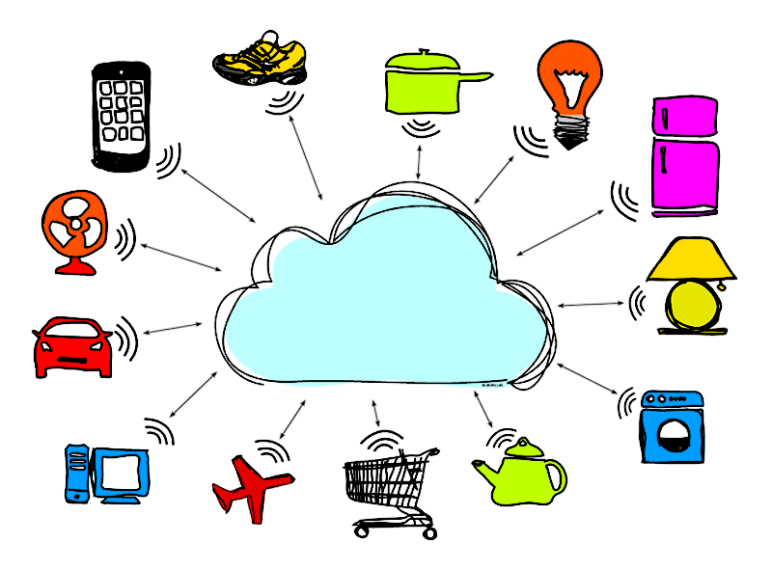 The software powering a device from inside has already become the norm for majority of gadgets and devices we use these days. This increasing dependence on software is set to open up great new revenue opportunities for the device manufacturers. Obviously, without the revolution in device software and rigorous focus on them the connected gadget world widely referred as Internet of Things (IoT) could not be possible. In 2016, Internet of Things will continue to grow from strength to strength by connecting new cars, smart homes, wearable devices, and an array of gadgets to the cloud network.

The last year had been quite a happening one for internet of things (IoT) opening up new vistas of technologies and opportunities for device manufacturers and opening immense horizon of usability for users. IBM gave more focus to IoT with a whopping $3 billion investment in the IoT business unit. AT&T making similar decision with a record 1.6 million investment including a 1 million investment in IoT enabled cars. Samsung promised to connect all its devices by 2020 or earlier and finally General Motors venturing into network business. With such a wide array of opportunities opening up we can predict the following trends and events concerning the future of IoT in 2016.

1. Internet of Things will be an everyday household name

Still now what you get by asking an average person regarding the Internet of Things is only confusion and not only that many in the tech community also have a faint idea of what IoT means. But from this year we can expect to see a sharp turn in this general ignorance and lack of understanding on this broad horizon of emerging technology. It needs no expertise to understand that we live in a connected world devices being more capable to communicate among themselves and with the users. There is no sign of stop in this trend in the near future.

2. Devices will be more software driven

The core of IoT is the connected devices and their communication. Without software enabling them to connect another device from inside t is not possible. Today, the user value of a vast majority of physical devices is defined by the excellence of embedded software inside rather than the so called hardware. This rigorous and increasing focus on software will continue among manufacturers of gadgets and goods.

Manufacturers in the present contest are more likely to act as software companies. Leveraging software applications into the products for more helpful functions and connectivity will play critical role in the success of brands. This software-centric approach will impel manufacturers to re-design their existing products to evolve from fixed-function and disconnected device to more flexible and easily connected solutions.

Just like the way IoT manufacturers seek ways to engage and improve their customer relationships. From now on ongoing solution or service will play critical role for the success of the product. Thus all the devices are likely to be dealt as a service rather than merely a device.

Medical device manufacturers now can equip their devices to capture patient information and data on medication as well as diagnosis and can further produce this data for Big Data analytics.  Automobile manufacturers by making their cars connected with mobile ecosystem and various apps can increase the service aspect of the car.

Thanks to the connected gadgets or the horizon of  Internet of Things vast reserve of data including all the user information and device specific usage data can be put under robust analytics to decipher user persona and trends. This volume of data will increase as more manufacturers are coming up with devices with digital interfaces. Naturally, IoT is bound to push Big Data analytics further with more rigorous volume, types and diversity of data.

5. IoT devices will find most lineage in Healthcare and manufacturing sector

For general people to adopt with connected devices in the regular day-to-day life is still not a reality. But already in few industries it is showing promise to become mainstream element very soon. Healthcare and manufacturing sector is likely to experience more engagement and enthusiasm to embrace this new technology. Huge healthcare demand and rising manufacturing cost as well as higher qualitative demand will lead to more adoption of this technology in.

6. For the first time, more new cars will be connected than not

Last year GM announced each of its cars rolled in United States will have embedded 4G-LTE and thus the company stepped forward in the league of the connected cars. In 2016, obviously this trend will expand further pushing all major car and automobile giants to introduce connectivity in their cars. The driverless cars being speculated to hit the road in near future offer us another example of how transport will embrace IoT.

7. Security issues and solution will be critical

8. Big companies are stealing the ideas from startups:

Internet of things went strength to strength in this year. But an array of cool and ground breaking ideas from an array of Kickstarter projects have finally been incorporated shaped and developed into useful technologies and products by big companies. As big manufacturers have the sufficient expertise, skill set, investment and marketing apparatus to transform a great concept or idea into a winning product for millions, this trend is very unlikely to stop. Another reason of this dominance of big brands in the IoT scene is their multifaceted product ecosystem and strong research and development backing their decisions. As far as establishing a device ecosystem with state of the art technology standard is concerned, big names have a fair upper hand and competitive edge over startups. In 2016, this exploitation of new ideas in the space of IoT will continue.

Keval Padia is a Founder & CEO of Nimblechapps, a fast-growing iOS development company. The current innovation and updates of the field lures him to express his views and thoughts on certain topics.

Your Zoom Alternatives: Best Video Conferencing Apps That You Need To Check