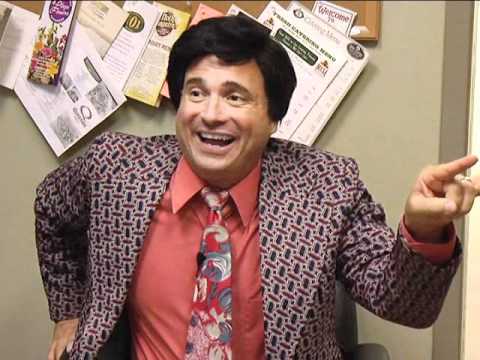 I had an interesting experience several months ago. I had the opportunity to meet the “worst sales man in the world!” He was right here in my office – trying to sell me something. Now, he was not the most rude salesman, he didn’t smell bad – he didn’t use foul language. He did, however, make the worst – most unforgivable mistake in all of sales. He made it multiple times. He could not be talked out of it even when I tried to help him. Finally – I had to politely ask him to leave. I even came to the meeting interested in his product and I left our meeting wondering if there was someone else I could discuss it with. He could not have blown the sale more completely if he came in the room with that as his intent.

This is an absolutely true story. I am, however, going to fictionalize it ever so slightly. I have no desire to throw this poor guy under the bus and if I was too explicit as to his product I would potentially identify him. So… with an advance apology to my friends in the insurance industry – I am going to tell the story of “The Worst Salesman in the World” as a semi-fictional insurance sales guy.

The Worst Salesman in the World

I was considering re-structuring my business liability insurance. As luck would have it – someone called asking about my business insurance the very day I started considering a change. We made an appointment to talk in my office for the very next day.

The worst sales man in the world was about 15 minutes late. He did call from the road the let me know he was going to be late. That was OK – but I had an hour for this meeting – it had now become 45 minutes. When he arrived – he made a few minutes of chit-chat about pictures in my office and he was off and running… telling me about his auto insurance. I, of course had no interest in discussing auto insurance – I am quite happy with my auto insurance. I was considering restructuring my business liability coverage. I told him as much.

Him: “Yes – but If you are as smart as I think you are you want to learn about all the ways we can save you money – right?”

This guy’s stock was rapidly going down in my book.

Me: “Look, I just need to know this…” and I asked him a simple direct question about the product I had made the appointment to learn about.

Him: “I am a professional salesman – I am not going to tell you that yet.” He smiled – as if he had just said something very clever.

This guy was now on borrowed time. He used his borrowed time to begin talking about his company’s health insurance plans. I am retired military and have medical coverage as a part of my retirement package. He was, once again, using the oxygen in my office to lecture me on something I have no use for. His time was now officially up. I stood up – extended my hand and said:

Me: “Thank you for your time – good afternoon sir.”

He was genuinely shocked.

Him: “I didn’t have a chance to get finished!”

Me: “Sir – you didn’t use your chance to get started. You have been talking AT me for the last 45 minutes and you haven’t even brushed up against anything that I am remotely interested in. I have been trying to steer the conversation toward things I might be interested in buying – and you have aggressively resisted my efforts to do so. If you are this unresponsive in an initial interview I can only imagine what doing business with you would be like. Thank you – good day.” I stood and opened the door for him.

He looked almost hurt. He said: “I just wanted you to see all of our benefits before we got down to specifics.”

Ah ha! Bingo! Eureka! This guy had made the classic mistake in all of sales. I could only assume that he routinely made this same mistake. He confused “features” of his product with “benefits”. He assumed that I would see value in everything he saw value in.

A “feature” is intrinsic to the product while a “benefit” is intrinsic to the customer. The fact that a car is red is a feature of the car. It is only a benefit to me if I like red. If I am ambivalent as to color then selling me on the redness of a car is – at best – a waste of time. If I hate red and love blue then selling me on the redness of the car is counterproductive. To know what color I like you have to – (wait for it… here it comes) – ask me what color I am interested in!

This guy thought he was showing me “benefits” when he had not asked a single question to determine which of his “features” might be a “benefit” to me. He was trying to throw everything he had at me in rapid fire – hoping that something stuck. It really didn’t occur to him to ask me what I was interested in before he tried to sell me something. He had worn out his welcome long before he got around to anything I would have bought.

I told him that although we were done for the day – if he would email me with the direct answers to my specific questions he avoided during our meeting perhaps we could continue. He thanked me for the opportunity. (However – as of this writing – not a peep. His final mistake – failing to follow up as agreed upon – has closed the door.)

Here is the moral to our story. Don’t be this guy. Find out what your prospect needs and wants BEFORE you try to tell him or her what you have. You cannot possibly fill a prospect’s needs or exceed their expectations if you do not know what those needs or expectations are.

Ask before you tell.

Benefits of Coffee – Things You need to About Your Java