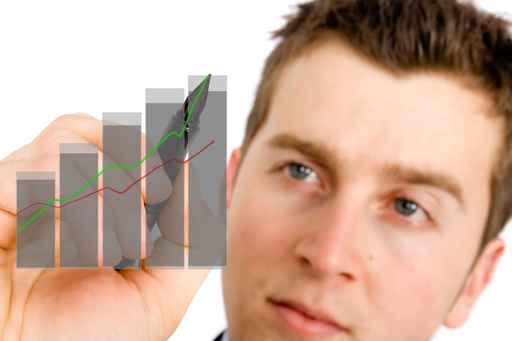 by Penelope Wang, via Time Money |

Racking up big investing victories over the past six years was easy. Now, though, the going looks to be getting tougher. These three strategies will help you stay on the path to your goals.

The question is, will the winning streak continue?

Should it persist through the current bout of volatility, the stock market rally will be entering its seventh year, making it one of the longest ever; at some point a bear will stop the party. Meanwhile, the Federal Reserve is signaling the end to its program of holding down interest rates and thus encouraging risk taking. And there’s zero chance that Congress will add further fiscal stimulus. In short, the post-crisis investing era—when market performance was largely driven by Washington policy and Fed ­intervention—is over. “As the global risks have receded,” says Jeffrey Kleintop, chief global investment strategist at Charles Schwab, “the focus is going back to earnings and other fundamentals.”

The stage is set for a reversion to “normal,” but as you’ll see, it’s a normal that lacks support for high future returns. For you, that means a balancing act. If you don’t want to take on more risk, you’ll have to accept the probability of lower returns. Following these three guidelines will help you maintain the right risk/reward balance and choose the right investments for the “new” normal.

Stocks are expensive. The average stock in the S&P 500 is trading at a price of 16 times this year’s estimated earnings, about 30% higher than the long-run average. A more conservative valuation gauge developed by Yale finance professor Robert Shiller that compares prices with longer-term earnings shows that stocks are trading at more than 50% above their average.

“Given current high valuations, the returns for stocks are likely to be lower over the next 10 years,” says Vanguard senior economist Roger Aliaga-Díaz. He expects annual gains to average between 5% and 8%, compared with the historical average of 10%. Shiller’s numbers suggest even lower returns over the next decade.

That doesn’t mean you should give up on U.S. stocks. They remain your best shot at staying ahead of inflation, especially today, when what you can expect from a bond portfolio is, well, not much. “Stock returns may be lower,” says Aliaga-Díaz, “but bond returns will be much less, so the relative advantage of stocks will be the same.” And the U.S. economy, though far from peak performance, is the healthiest big player on the global field.

Your best strategy: Now is a particularly important time to make sure your stock allocation is matched to your time horizon. “The worst outcome for older investors would be a bear market just as you move into retirement,” says William Bernstein, an adviser and author of The Investor’s Manifesto. A traditional asset mix for someone in his fifties is the classic 60% stock/40% bond split, with a shift to 50%/50% by retirement. If your allocation was set for a 35-year-old and you’re 52, update it before the market does.

On the other hand, if you’re in your twenties and thirties, you should be far less worried about today’s prices. Hold 70% to 80% of your portfolio in equities. The power of compounding a dollar invested over 30 to 40 years is hard to overstate. And you’ll ride through many market cycles during your career, which will give you chances to buy stocks when they’re inexpensive.

2) …But Spread Your Money Widely

With many overseas economies barely out of recession or dragged down by geopolitical crises, international equity markets have been trading at low valuations. And some market watchers are expecting a rebound over the next few years. “Central banks in Europe, China, and Japan are making fiscal policy changes that are likely to boost global growth,” says Schwab’s Klein­- top. Oil prices, which have fallen 40% in recent months, may boost some markets as consumers spend less on fuel and step up discretionary buying.

But foreign stocks aren’t uniformly bargains. The slowdown in China’s economic growth threatens the economies of the countries that supply it with natural resources. Japan’s stimulus program to date has had mixed success, and the reason to expect stimulus in Europe is that policymakers are again worried about deflation.

Your best strategy: Spread your money widely. The typical investor should hold 20% to 30% of his stock allocation in foreign equities, including 5% in emerging markets, says Bernstein. Many core overseas stock funds, such as those in your 401(k), invest mainly in developed markets, so you may need to opt for a separate emerging-markets offering—you can find excellent choices on our ­MONEY 50 list of recommended mutual and exchange-traded funds. For an all-in-one fund, you could opt for Vanguard Total International Stock Index  VGTSX 0.7979% , which invests 20% of its assets in emerging markets.

3) Hold Bonds for Safety, Not for Income

Fixed-income investors have few options right now. Today’s rock-bottom interest rates are expected to move a bit higher, which may ding bond fund returns. (Bond rates and prices move in opposite directions.) Yet over the long run, intermediate-term rates are likely to remain below their historical average of 5%. If you want higher income, your only alternative is to venture into riskier investments.

Your best strategy: If you don’t want to take risks outside your stock portfolio, then accept that the role of your bond funds is to provide safety, not spending money. “After years of relative calm, you can expect volatility to return to the stock market—and higher-quality bonds offer your best hedge against stock losses,” says Russ Koesterich, chief investment strategist at BlackRock. Stick with mutual funds and ETFs that hold either investment-grade, or the highest-rated junk bonds. Don’t rely solely on government issues. Corporate bonds will give you a little more yield.

You may be tempted to hunker down in a short-term bond fund, which in theory will hold up best if interest rates rise. But this is one corner of the market that hasn’t returned to normal. Short-term bonds are sensitive to moves by the Federal Reserve to push up rates. The Fed has less ability to set long-term rates, and demand for long-term Treasuries is strong, which will keep downward pressure on the rates those bonds pay. So an intermediate-term bond fund that today yields about 2.25% is a reasonable compromise. Sometimes in investing, winning means not losing.

How to Activate a Credit Card by Phone?

Tips for Keeping Up Cash Flow in Your Business