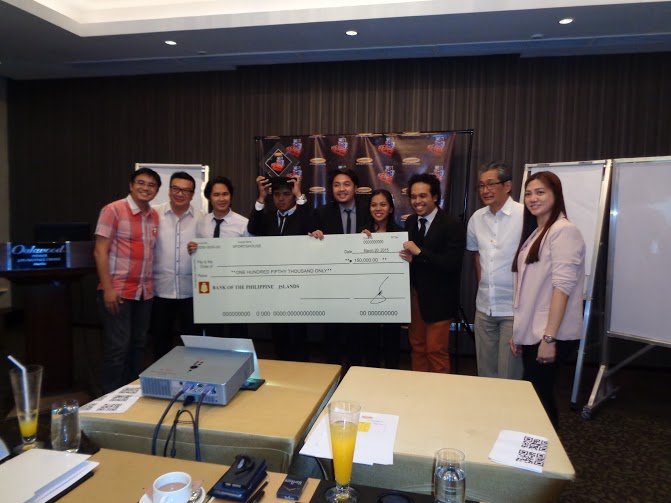 Mars Chua, Sportshouse CEO, revealed to Negosentro.com that their company will soon roll-out their own apps produced by the best and the brightest students from top colleges and universities.

The successful conclusion of the Sportshouse App Challenge, held at the Oakwood Premier last week (March 20, 2015), signals Sportshouse’s foray into the tech world via an integrated app utility and solution for its customers and sports enthusiasts.

The team from Asia Pacific College brought home the championship and cash prize of one hundred fifty thousand pesos (PhP 150,000) with a narrow margin versus second placer AMA University.

“It doesn’t stop here,” Chua stressed as he saw the need to support the country’s student app developers beyond the contest. He believes that in order to remain competitive amidst the ASEAN integration, Sportshouse has to evolve beyond the usual brick-and-mortar marketing the retail industry is used to. Through the Sportshouse App Challenge, the students will continue their journey by integrating the best functionalities together with the company’s entrepreneurial expertise and come up with an app that best serves its users.

Others who reached the finals were: CIIT, College of Arts and Technology; Lyceum of the Philippines University, College of Computer Studies; STI Ortigas-Cainta, Information Technology and University of the East, College of Engineering. However, both teams from Lyceum and UE were not able to show up in the final challenge due to technical problems.

The Sportshouse App Challenge, which was supported by the government’s Department of Science and Technology, initially invited 31 schools with 15 of them eventually submitting their entries.