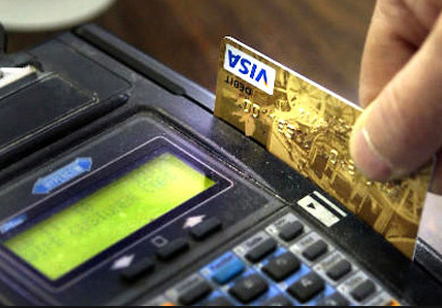 by Catherine Clifford | via Entrepreneur |

The retail industry and credit-card issuers have been locked in a fight over swipe fees for years, and while a settlement was approved in December to end the legal battle, the retail industry has stood back up and vowed to keep fighting.

The National Retail Federation (NRF) formally filed an appeal with the Second U.S. Circuit Court of Appeals in the hopes to overturn a $5.7 billion settlement with Visa and MasterCard that was approved by a lower court in December, according to a statement released by the Washington D.C.-based trade group late Thursday.

“The settlement does nothing to reform the price-fixing payments system that has let credit card swipe fees skyrocket over the past decade and nothing to keep them from continuing to soar in the future,” says NRF senior vice president and general counsel Mallory Duncan in a statement. The settlement “has done a serious disservice to merchants and the public.”

At issue are interchange fees, or so-called “swipe fees.” Every time a consumer pays with plastic, a merchant has to pay a processing fee. In 2005, the NRF filed a lawsuit arguing Visa and MasterCard violated antitrust laws in the way they set these transaction fees. Litigation has been ongoing ever since, and the stakes are high for both parties.

The NRF has estimated that swipe fees bring in $30 billion for the two credit card juggernauts each year and therefore says the $5.7 billion is not large enough, as it represents less than three months of swipe fee profits for the two credit card giants. The NRF also argues the settlement, does not rein in the long-term problem of what it called a “cartel-like system” of setting the swipe fees.

“The only people pleased with this settlement are Visa and MasterCard, because it means they can continue collecting tens of billions of dollars in hidden fees, the class action lawyers who stand to collect half a billion dollars in fees without fixing the problem, and a lower court, which has cleared a time-consuming case off its docket, but has done a serious disservice to merchants and the public in the process,” says Duncan.

MasterCard, unsurprisingly, maintains the settlement is fair and the almost decade-long fight should be let to rest.

When asked for comment, MasterCard spokesperson Jim Issokson directed Entrepreneur.com to a statement from the Electronic Payments Coalition (EPC), a group representing the concerns of banks and credit card companies in the dispute.