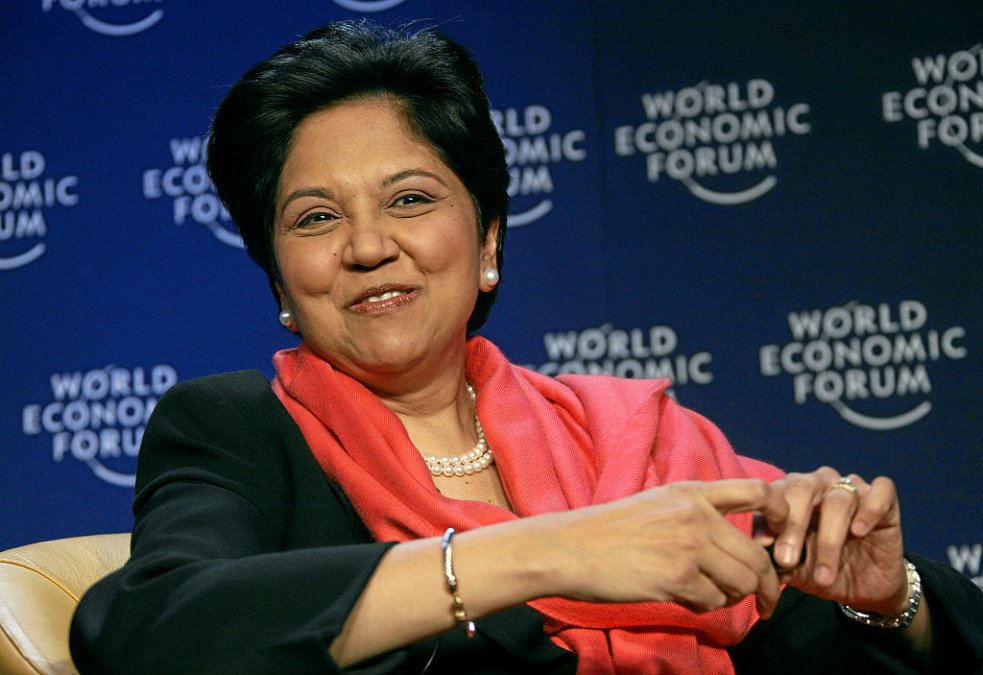 by Paul Petrone | via Linkedin |

Indra Nooyi, PepsiCo’s CEO and one of the best hires of the last hundred years, has a pretty simple recipe for success.

“Focus on the job that you’re doing,” Nooyi said at the McCombs School of Business VIP Distinguished Speaker Series. “The day you walk into a job and focus on the next job or the next job after that, you’re spending more time on how to get there as opposed as how to nail the job you’re doing.”

Her message, which she shares with the great Patriot coach Bill Belichick, is simple, yet incredibly profound. And that sums up Nooyi’s greatest skill: she has the ability to take complicated issues, boil them down to their fundamental parts and then find logical solutions to them.

Forbes has consistently rated Nooyi as one of the best CEOS in America, writing that her company has consistently exceeded analyst’s expectations as profits – despite more and more people avoiding sugary drinks – continue to grow. And yet, she attributes her success to her first job, where she worked as a manager of a textile factory in India.

When she started, there was no training program. So to learn the job, she met with every department in the factory, talking to each worker, no matter how menial, to learn each aspect of the business.

“You have to go deep before you go wide,” Nooyi said at the McCombs interview. “Sweating the details, learning the business ground-up is critically important.”

Nooyi took that same philosophy at PepsiCo, learning each aspect of the company on her way to the top. With that deep understanding of her own organization, she was able to make clear, logical decisions that have made PepsiCo one of the most successful businesses in America.

After watching several interviews with Nooyi, several things jump out. First off, her warm and affable personality, as she is quick to make jokes, particularly at her own expense. And secondly, her ability to answer any question, no matter how complicated the subject, in clear and simple terms.

That’s a result of both clear thinking and the process she described earlier. Because she has such a firm understanding of her company, she can easily answer any question thrown her way. There’s no hemming or hawing, no corporate doublespeak; just a clear, concise explanation.

And it goes back to her point mentioned in the beginning: Nooyi just does her job. She doesn’t, as she puts it, “run for office” or worry about what could happen in the future. She just focuses on what she has to do, day in and day out.

And all that did was turn a girl from India into one of America’s greatest CEOs.

VoiceGlance is a cloud-based hiring tool used by forward-thinking companies to hire smarter, instead of harder. Learn more here.