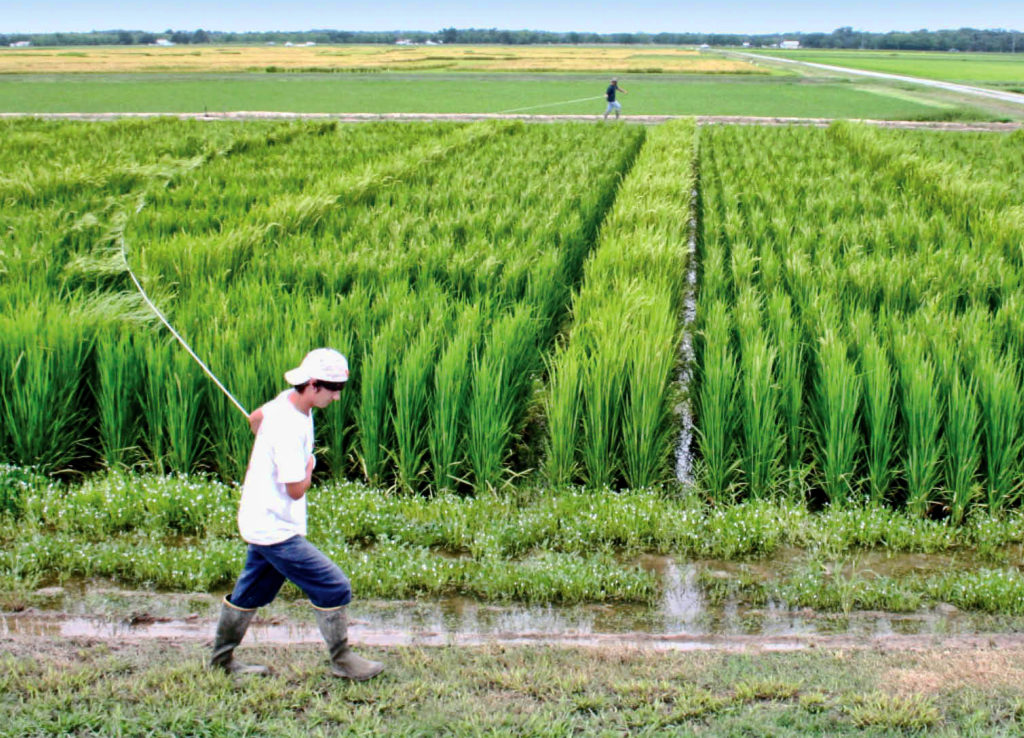 New hybrid rice variety SL-18H is doubling the income of farmers in a swamp land in Cabiao, Nueva Ecija, enabling them to earn in just one season what they usually yield for two croppings.

Farmers in the catch basin town of Cabiao traditionally plant rice once in a year– only in the dry season. They lament the land is totally submerged in water in the rainy season.

But the hybrid rice is giving hope of earning the same amount as the new variety gives a yield of more than 200 cavans per hectare.

This year, in his four-hectare land, Delos Santos recorded a harvest of 572 cavans at 58 kilos per cavan. This is equivalent to 8.294 MT per hectare, still double the national average yield mostly based on the use of conventional inbred seeds.

“We just wish we could plant rice here two times a year. If that’s the case, we would have been rich by now,” said Delos Santos in an interview.

With the high yield, delos Santos and other Cabiao farmers plan to expand their hybrid rice area immediately to 100 hectares next season from 40 hectares this year.

Department of Agriculture Consultant Santiago R. Obien said the advantage of hybrid rice over conventional seeds is it gives farmers two to three times harvest using almost the same inputs (seeds and fertilizer) and practically the same labor from inbreds.

However, there should be a continuous education of farmers on the advantage of hybrid rice since they are deprived of economic improvements for lack of knowledge, according to SL Agritech Corp. (SLAC) Chairman Henry Lim Bon Liong.

“The government should help in information dissemination because many farmers cannot believe that they can use only 15 to 20 kilos of hybrid seeds per hectare. They are used to using 80 kilos per hectare of inbred seeds,” said Lim.

There were threats though of a lower rice production that frightened farmers owing to the cold weather in December 2013 and January 2014. But the harvest this current dry season is proving that the cold spell threat actually turned out well for farmers’ welfare.

“The ongoing harvest of SL-8 is yielding 200 cavans per hectare in Central Luzon. Farmers are especially happy as price of palay is high at P22 to P23 per kilo,” according to SLAC Advertising Manager Josephine Dungca.

Twenty-three farmers earned a net income of more than P101,000 using SL-8H. This must be a critical mass considering that national government does not currently have a subsidy program for hybrid rice.

In order to sustain gains in the hybrid rice sector, farmers are seeking government’s support on a financing or grant program for combine harvester. A combine harvester boosts farmers’ efficiency. It costs around P1.6 million, and for one that has a flatbed tractor (for transportation), P1.7 million.

With the combine, wastage can only be three percent compared to about 10 percent wastage by combining three processes harvesting, threshing, and winnowing of rice. Its capacity is to reap rice on one hectare every two hours. With the primitive human labor, harvesting of one hectare may last for a day or two.

“The kabiser (a community leader like a baranggay captain) should have a combine (farm implement) that can be commonly used by farmers. That will help raise our rice production,” said Racquel “Keng” Diamante, SLAC marketing specialist.

When rented, combine fee is 13 cavans per 100 cavans of rice. Another concern is the high cost of diesel. Delos Santos said he spends a lot for diesel used in pumping water since there is no working national irrigation system.

Benefits of Coffee – Things You need to know About Your Java

July 1, 2021
5 Tips for Choosing the Right Roofing Company for Your Renovation Project | Taking on a renovation project requires lots of planning. From the...

Benefits of Coffee – Things You need to know About Your...