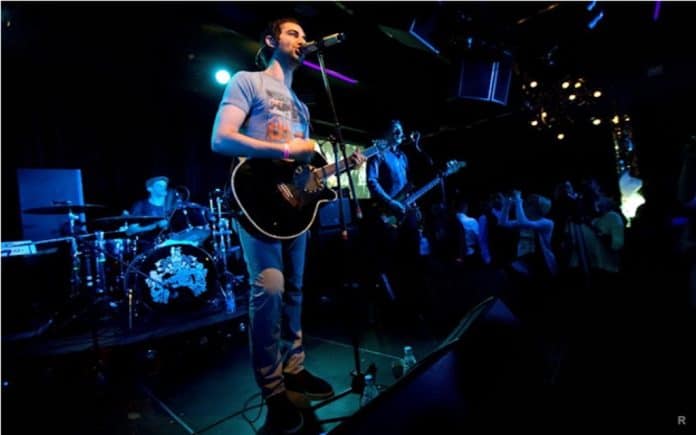 “Our current goal is to create new projects that would be memorable to every listener, not only in our country. There are quite a few awesome artists who need support, and this band is no exception,” said Michael Peleg https://genius.com/Dave-yaroslav-maly-machete-and-producer-of-the-band-mikhail-peleg-spoke-about-new-projects-annotated, producer of Machete.

The leader of Machete and Tokyo bands, Yaroslav Malyi, is happy to share the secrets of personal success in show business. He talks about what songs he plans to write for a new project and what they mean to him. After a long creative hiatus, the frontman decided to return to work. My songs are like a dialogue with myself, with my relatives and friends.

There were many rumors about where Yaroslav Malyi disappeared, and whether he would return to the big stage and continue his career in general. The musician does not hide the fact that he needed a break from his work. It is like a breath of fresh air, a magic cure of illness, a restart of strength, and thinking. All this time, Yaroslav traveled around the world, met interesting people, wrote music, supported unknown artists and worked on creating his own musical project. Also, the artist did not forget about his inner world. He meditated a lot, read books, and studied spiritual practices.

According to Yaroslav and the producer of his group, Mikhail Peleg https://incredibleplanet.net/mikhail-peleg-talking-about-machetes-new-album/, society and the people included in it have changed a lot. Everyone is constantly unsatisfied with their life, work, and relationships. This does not apply to any particular country, but absolutely all people. No one feels that he is needed, desired, and loved. Mr. Malyi focuses on the lack of internal satisfaction in people. It is not the quality of life of an individual, earnings, or place of residence that affects his thinking, but an inner torment. A person always finds problems but does not pay attention to possibilities. We forgot about basic concepts such as love and mutual respect, forgot how to enjoy simple things.

In his new album, which has eleven compositions, Yaroslav Malyi tried to show his audience the importance of his feelings. He uses the theme of love and joy of life. Each song is endowed with the bright energy, which the musician gathered for a long time, traveling around the country. The compositions are written in different genres and styles, but each of them has deep meaning, the artist notes. In support of the new album, the band plans to go on tour and reach as many listeners as possible.

Yaroslav answers with joy to questions about working in the Tokyo band. Now he is engaged in a new project called “Karmalogic music,” which should become big and memorable. The singer plans to write 54 compositions in the style of Deep Techno and share them with the world. Yaroslav admits that work on the album hooked him so much that he began to write poetry and music for it.

We should admit that the video “Tenderness,” released in 2011, was remembered for its incredible purity and sincerity. While listening to the composition, many could see themselves and their lives in words. The video clip has gained over 33 million views on the YouTube channel and is popular even now.

The producer of the Machete band, Mikhail Peleg, shares Yaroslav Malyi’s opinion that only a few modern performers can pass on their energy to the listener. Only a few artists write songs, putting their hearts into every line. The majority of current hits generally do not carry any useful information at all.

After a long creative break, Yaroslav was able to uncover the secret of his own success: a truly rich person who knows how to enjoy what he has.

How Technology has Changed the Entertainment Industry