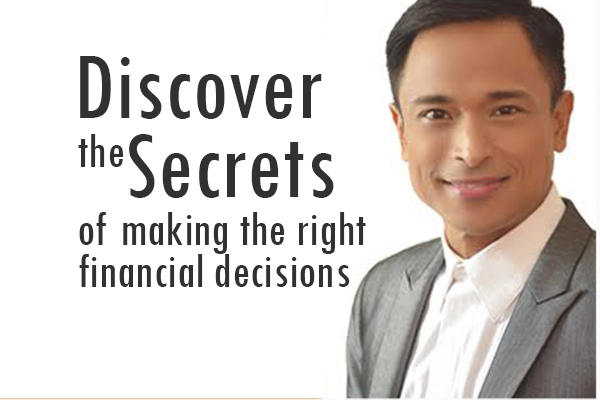 Among the guests invited to this exclusive launching, are some of the Philippines’ top celebrities, politicians, respected business people, executives and press, who will catch a glimpse of a unique perspective on how people view and manage their wealth.

Although this launching event will be by invitation only, the first public seminar will be held at The City Club, Makati on February 20, 2016 between 1:00pm – 5:00pm.

Designed to give participants a fresh perspective on wealth management/protection and investment asset growth, Joel Nievera Barretto, CFPⓇ, begins with an enlightening truth to the meaning of wealth.  He explains the concept of creating a virtual family bank, patterned after how the Rothschilds (the wealthiest family in the world), have managed to maintain and grow their fortune over several generations.

Joel Nievera Barretto, CFPⓇ is a holistic fee-based financial planning veteran of 24 years and a Certified Financial PlannerⓇ practitioner, who was based in Irvine, California, until he decided to sell his practice and move to the Philippines in March 2015.

Joel’s advocacy for financial literacy among his fellow Filipinos, prompted him to develop Financial Phases Seminar Series 2016; the first of a number of educational seminars, workshops and lectures that he will be conducting for the Filipino public in the years to come. 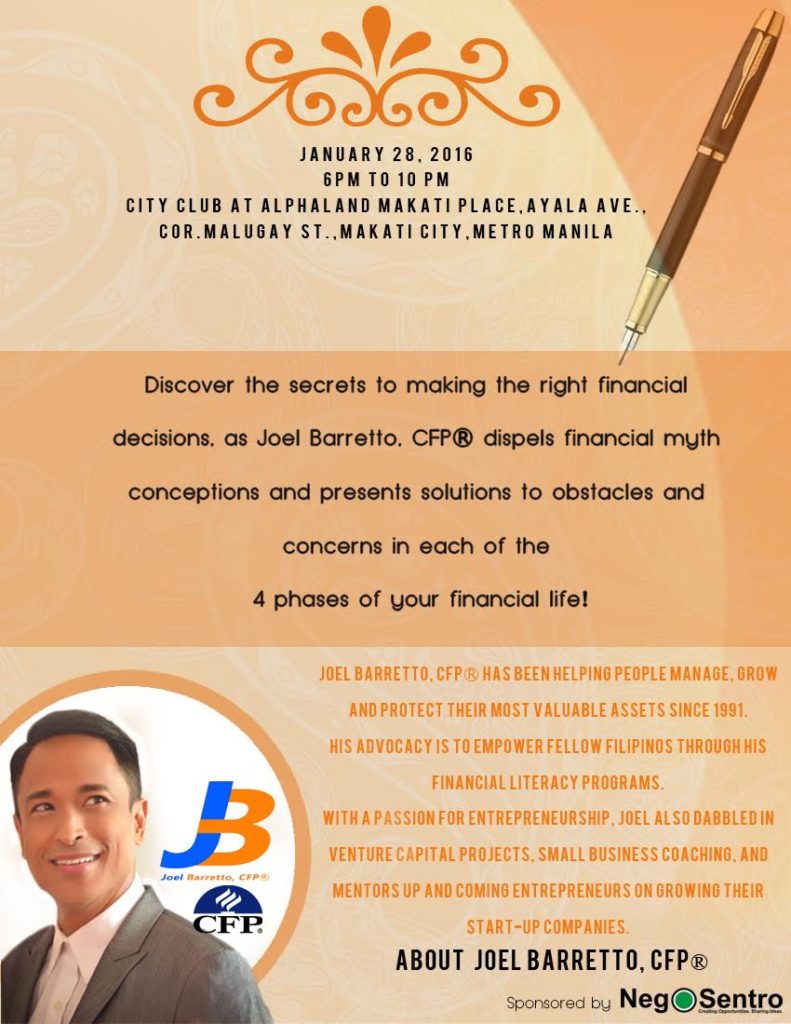 How will a reliable pediatric medical coding company in the USA help your business?

Can A Lead Generation Platform Like LeadJolt Change The Real Estate...

What to Expect at The Outlook 2022: Philippine Real Estate Conference

September 28, 2022
Negosentro | How Do I Exchange Bitcoins? | Practitioners prefer investing in multiple assets (Bitcoin, Ethereum, Waves, Litecoin, and Dogecoin). Those who have replenished...

How will a reliable pediatric medical coding company in the USA...

What Should You Ask for Your Wedding Gifts?

Why Polyquaternium-7 is good for your hair and skin