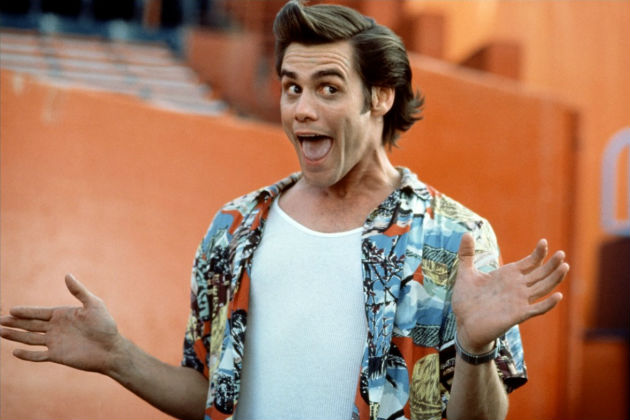 Imagine showing up for your college graduation and a top actor/comedian strolling up to the podium. Incredibly cool.

Jim Carrey was the class of 2014 commencement speaker at the Maharishi University school of Management in Fairfield, Iowa. Obviously, the speech had plenty of funny moments as you’d expect, but that’s not what most people are talking about. At the age of 28, Jim Carrey said he realized the purpose in his life — the desire to “free people from concern” through his comedy.

The entire speech has definitely reached viral status, and there was one specific part that seemed to stick with anyone who has had the opportunity to listen to it.

The star of the upcoming movie Dumb and Dumber To talked about his father’s desire to be a comedian. Carrey said his father “could’ve been a great comedian, but didn’t believe that was possible for him.” Instead of pursuing his true passion, his father went with what Carrey described as the “safe job” — an accountant. He ended up being let go from this position.

The entire speech was incredible, and below you will find some of the memorable quotes. You can also watch the entire commencement speech.

“So many of us choose our path out of fear disguised as practicality.”

“I learned many great lessons from my father, not the least of which, was that you can fail at what you don’t want, so you might as well take a chance on doing what you love.”

“I’ve often said that I wish people could realize all their dreams and wealth and fame, so that they could see that it’s not where they’re gonna find their sense of completion.”

“Don’t worry if you miss your cue, because there’s always doors opening. They keep opening.”

“Your job is not to figure out how it’s going to happen for you, but to open the door in your head, and when the door opens in real life, just walk through it.”

6 Ways To Surprise Your Partner In A Long Distance Relationship

12 Inspirational Cancer Books to Educate and Empower You

How to Travel Carefree if You Are a Cancer Patient