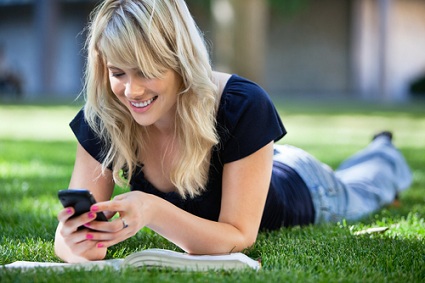 by Stephanie Mlot | Mobile video is more than an easy way to remember special moments with family or hilarious pranks pulled on friends. It is also the next social trend, according to Uberflip.

Mobile video is more than an easy way to remember special moments with family or hilarious pranks pulled on friends. It is also the next social trend, according to Uberflip.

“With the increasing adoption of mobile devices and the popularity of video-sharing sites such as YouTube and Vimeo, it’s clear that mobile video will be the ‘next big thing,'” an Uberflip infographic said. Add newcomers like Facebook’s mobile video sharing and Twitter-based app Vine (pictured), and social media becomes the ultimate film festival.

Those numbers could see a drastic change in the next few years, as Facebook’s Poke standalone app, Vine, and Snapchat provide competition. The most popular social network spun its 9-year-old poke feature into a new app for mobile users, which allows people to send photos, videos, or text messages to Facebook friends. The catch: They expire within a few seconds (1, 3, 5, or 10, depending on the user’s preference).

No matter what provides the boost, Uberflip expects mobile video to represent 66 percent of global mobile data traffic by 2017 — a rise from last year’s 51 percent.

For more details, check out the full infographic below.

How to better optimize your social media marketing strategy

5 Things Small Businesses Can Learn From Big Ones