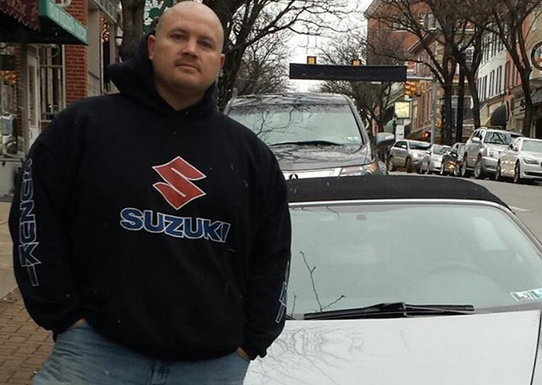 Jason Fyk, founder of WTF Magazine and FunnierPics.net, owns a business that generates about $275,000 a month.

Three years ago, Fyk was bankrupt, in jail, and borderline suicidal. He used Facebook to turn his life around.

Fyk’s financial troubles dated to 2005. Fyk had been working in real estate. As the months went by, the market turned. Eventually, it caused him to go into a “financial tailspin,” as he puts it. With a wife and a young child to support, he scrambled to find a new way to generate income.

Some friends approached him about starting a website, and he snatched up the domain WTFMagazine.com. The acronym, they decided, would stand not for What The F— but Where’s The Fun, and the site would be a home for original, entertaining content. Fyk likens his business to College Humor.

“[Our team] was running with no money,” Fyk said of the digital business’ early days. “We were doing the fake-it-till-you-make-it thing, putting content together and starting to pick up steam, but I had no idea what I was doing.”

Fyk formed an LLC on Sept. 10, 2010, and launched the website in January 2011. “It was just fun, goofy, stupid stuff,” he said. His Facebook pages and websites publish the same kind of content today.

Shortly after WTF launched, Fyk found himself behind bars. He’d driven to Baltimore to interview an American stunt group, the Adrenaline Crew, for a story. They were all hanging out in a parking lot, about to drive to the interview location, when a drunken brawl broke out. Startled, Fyk said, he stood off to the side and began filming the fight on his smartphone. When things got serious, he stopped recording and tried to break up the fight. Instead, he got blamed for allegedly planning the altercation and found himself charged with attempted murder.

“It was a stupid drunken brawl,” he said, adding he had met the people involved in the fight only a few minutes earlier. “Granted, people got hit, and granted, it was a fight, but it was never a felony fight. It was misdemeanor-assault stuff.”

Still, Fyk was thrown in jail and had to spend the little money his family had left on a lawyer. Two months later, the charges were dropped and Fyk was released from prison, broke.

“I couldn’t just go get a job at McDonald’s, because my bills were massive,” he said. “My kid held me together. I was almost suicidal. It was a disaster for me. I put my head down and kept pushing forward.”

Fyk tried to think of ways to make a lot of money quickly. His jail story was so strange, he felt it might make for a compelling book. But he wasn’t an established writer, and he knew the only way to sell a book would be to build a following.

“The only resource I had was social media, and it was free,” he said. “I decided to give everything I could toward getting as many eyeballs in my possession. Basically, I needed a distribution list.”

Facebook had launched Pages for businesses in 2007, but they were slow to take off. Even by 2011, no one was quite sure of their value. Fyk saw an opportunity, though.

At first, he tried to build on just one Facebook page, representing WTF Magazine. Before long, he realized that pages even totally unrelated to his website could be useful as well.

“It didn’t really matter if a page was specific to my brand,” he said. “I could get distribution whether it was through WTF or through a ‘Family Guy’ fan page, for example. As long as I got someone to like a page, they were effectively one more member of the distribution list.”

Fyk set out to build and maintain as many pages of all varieties as he possibly could. His wife thought he was crazy. “I’m sitting there when we couldn’t put food on the table spending all this time on Facebook pages,” he said. “I’m telling her, ‘Look, I know the distribution is going to be valuable.’”

Fyk now owns about 40 Facebook pages and controls more than 28 million “likes” in total. The pages reach 260 million people on Facebook and the “distribution” list sends his website tens of millions of pageviews a month. This earns him multiple millions a year in advertising revenue, which he pairs with other businesses, such as social-media consulting. He employs 16 people and has a ghostwriter working on a memoir.

Fyk, 40, is now a self-made millionaire who’s built his fortune almost entirely on Facebook. It’s a rewarding business, but not without its challenges. He’s found he must play a constant game of cat and mouse with teenage hackers and digital thieves on the social network. Additionally, he must run his business on a field of battle that is constantly shifting because of Facebook’s habit of routinely — and mysteriously — tweaking its algorithm.

To read more about Fyk’s challenges with Facebook and building his business, check out: The Dark Side Of Facebook, Where People Lie, Steal And Make Millions