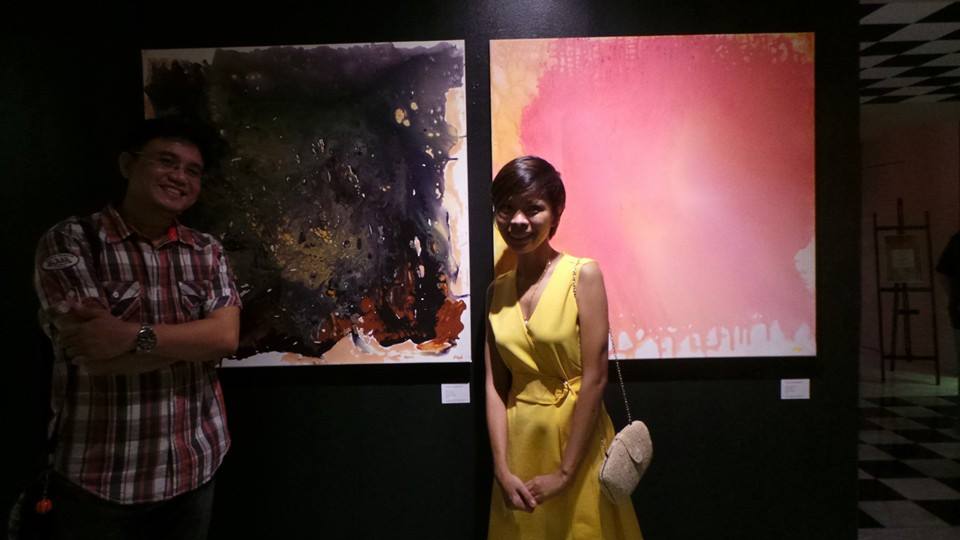 The 19 selected paintings from a total of over 100 works that comprise the SUDDEN FLIGHT series, awash in vibrant color, are sure to dazzle visitors to the Picasso Boutique Serviced Residences. Chiqui’s unique approach to blending acrylic pigments on canvas creates gem-like surfaces that she calls it her “advection” technique in painting where it renders or moves substances of paint due to its bulk motion either via gravity or force. Peering through the surface to what is depicted, the viewer realizes that all is not as glowing as it first appears. Chiqui is noted for her deep abstraction of complex realism.

Chiqui also explores a complex subject; her work calls attention to our culture’s thought of hardwork. Much of Chiqui’s artwork is influenced by her experience in the corporate world. Through this new body of work, she connects hardwork to social class as a form of meditation.

Says Chiqui of her SUDDEN FLIGHT series, “I was inspired by my short trip to Brussels after a show held in Berlin in 2013. I arrived with the intent of finding an artist who would be willing to collaborate with me in my upcoming projects, so I started to look around. Instead of finding an artist, I found some Filipinos who work around the city. My interaction with them in a different environment led to varied conversations about how challenging life is to be away from their love ones but nevertheless find solace knowing that their families benefit from their sacrifice. I started on my e-sketchpad and started to express my thoughts after this encounter. The title ‘Sudden Flight’ refers to several layers of meaning: sudden burst of happiness, excitement as reaching out lives of far-flung Filipinos extending compassion, a moment of bliss.” The show plans to bring forward awareness on the inner thoughts of Overseas Filipino Workers (OFW).

“Hardwork is a form of meditation” – Chiqui Rodriguez

“Mindscapes No. 10″ is based on Chiqui’s ‘Sudden Flight’ series that explores deprivation and meditation of hardwork.  Chiqui’s unique approach to blending acrylic pigments on canvas creates gem-like surfaces that she calls it her “advection” technique in painting where it renders or moves substances of paint due to its bulk motion either via gravity or force.  This iconic series features Chiqui’s one of the most enduring personal triggers that dates back to 2012 when the works were originally inspired by her encounters with Overseas Filipino Workers.   To learn more about the artist, click here.