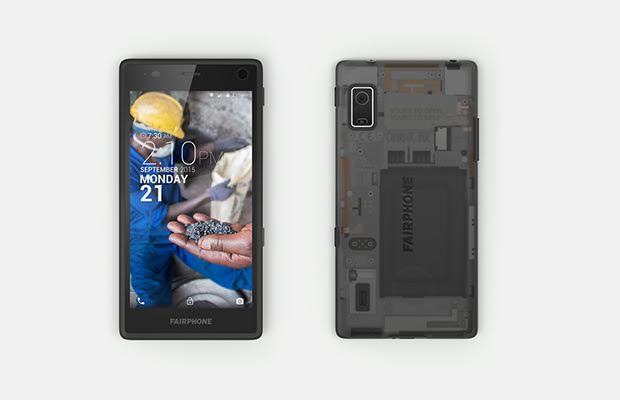 The delivery of a Fairphone, the first modular smartphone will begin in November this year. The article sums up the main features of modular phones and their pros and cons. Finally, the possible future implications of modular phones are considered, too.

A modular phone is a phone consisting of various parts called modules, which can be assembled and disassembled without turning off the phone. In simple terms, it is one of the most remarkable advances of technology paving the way for the ultimate customization of smartphones. Customization enables users to personalize their phones by adding batteries, storage, different cameras, photo printers, special sensors, etc. In other words, you do not have to buy a new phone if a part breaks down or if you want to upgrade your phone with the latest hardware options.

The concept of modular phones dates back to 2013, when a Dutch designer Dave Hakkens uploaded a video about a phone whose components can be changed. This video gave rise to the actual construction of this kind of phone when Motorolaâ€™s project group owned by Google started on developing the concept. When Google sold Motorola to Lenovo, it kept all patents related to modular phones. Google developed the Project Ara, Googleâ€™s smartphone.

How does it work?

The central piece of equipment is the endoskeleton, which enables the modules to be physically and electronically independent of each other. Each module has its own plot to the endoskeleton. Electropermanent magnets connect the modules with the endoskeleton. Low-level protocols MIPI M-PHY and UniPro connect all modules and enable communication between them. At first sight, it seems that everything is perfect. This highly doable project will revolutionize smartphones as we know it. However, let’s take a closer look at advantages and possible drawbacks of the Project Ara. The personalization is the first advantage of the project Ara. Giving users a free hand to customize their phones according to their uses and preferences is a huge step towards the ideal smartphone. Depending on their needs, users can choose modules. Let’s assume you are photography enthusiast on vacation. You can add a high resolution camera, while at home you can change it to a lower resolution one and add some other modules specific to your home and work environment.

The question of the price is here, as well. The price range of a so-called grey phone with a processor, a Wi-Fi chip and a screen is from $50 to $100, while each module has an additional cost from $10 to $300. Google will not develop modules, other companies will create them, which means that the prices will depend on the company and module functionality. We return to the matter of price. Users which need a conventional phone, Google’s smartphone may cost more than a conventional one. However, for technology geeks who want to have the latest hardware and for those who need different phones for different purposes, the Project Ara is a dream come true.

In order to lengthen the life of battery, the Project Ara has additional modules. It boils down to additional cost if you want a more efficient battery.

As an established web shop mobileshop.eu claims, a high-resolution camera and a weak processor simply does not go together. The mixing and matching components the way you want may not be entirely possible.

15,000 pre-orders of Fairphone, the first modular phone are available. The features of Fairphone include a 5-inch, a full-HD display, Android 5.1, 4G LTE and a Qualcomm quad-core processor. The focus of this project is on durability. If something goes wrong, you can easily replace the broken part with new components. Replacing components is straightforward and any user can do it in the twinkling of an eye. The latest Google’s smartphone empowers better working conditions through fair trade as it does not contain the major of conflict minerals. The future of modular phones

Taking everything into account, there is a bright future ahead of modular phones. Firstly, the modular concept facilitates the advances in technology. We can imagine that thermal camera will be one of the modules or that there are modules specialized for specific fields such as medicine. For example, specific applications such as blood sugar tests and thermometers are all possible.

Secondly, modular phones can reduce the cost both of a manufacturer and a consumer. If the phone does not work as usual, users need to send it to a phone insurance provider or a manufacturer which will swap your phone for a new one. With modular phones, the problem is quickly solved. You can purchase the component online and change it yourself. We can also expect changes in the business models of insurance and manufacture companies as they will need to adapt to the new phones.

Taking everything into account, Google has made a considerable shift in consumer electronics. Time will tell what future holds when it comes to smartphones.

How You Can Run a Business While Traveling