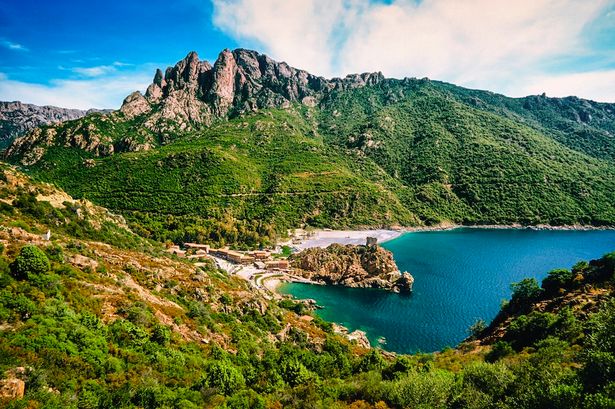 Canny cruisers who are quick off the mark can reel in some great bargains just now and enjoy a late summer sailing round the Med.

Or it’s the perfect time to snap up a good deal on a Canaries cruise to catch some winter sun.

For instance, the 28-night Empire of the Med & The Black Sea cruise on Boudicca, which will leave from Liverpool on October 11 costs from £1,932pp (that’s just £69pp per night).

There are savings of up to £330pp on a Mediterranean cruise which includes a free two-night stay in Genoa, when booked through Cruise Nation.

The 11-night trip now costs from £569pp including flights from Gatwick and the cruise on board the Costa neo Riviera, sailing from Genoa on October 24 for Toulon, Barcelona, Valletta (Malta) Salerno, Livorno and finally Savona. cruisenation.com, 0800 408 0758

A Spain and Canary Islands Cruise on Celebrity Eclipse starts at just £799pp (sharing an inside cabin) with Virgin Cruises.

Departing on October 30 from Southampton, the 10-night voyage, will visit Madeira, Tenerife, Gran Canaria, Lanzarote and Vigo in Spain.virginholidayscruises.co.uk/cruise-deals, 0844 488 3084

Cruise in elegance on board Cunard’s Queen Elizabeth with fares from £479pp for an eight-night trip around the Med through Jetline Cruise.

Flights from London to Piraeus for October 16 departure are included in the price along with transfers, a B&B hotel stay in Athens and the full board cruise.

Ports of call include Bodrum, Messina, Naples and Civitavecchia. jetlinecruise.com, 0800 082 2186

Escape to the sun this autumn on an 11-night sailing to Spain and the Canary Islands with MSC Cruises, from £889pp including flights.

MSC Sinfonia will leave on October 11 on the round trip from Genoa, visiting Malaga, Madeira, Tenerife, Las Palmas, Gibraltar and Barcelona. msccruises.co.uk, 020 3426 3010

And if you can leave on August 27, P&O Cruises is offering a seven-night fly-cruise to Italy, Greece and Corsica at a Saver price starting at £749pp (Select price, which allows you to choose your cabin number, is £1,049pp) which includes return flights and full board.