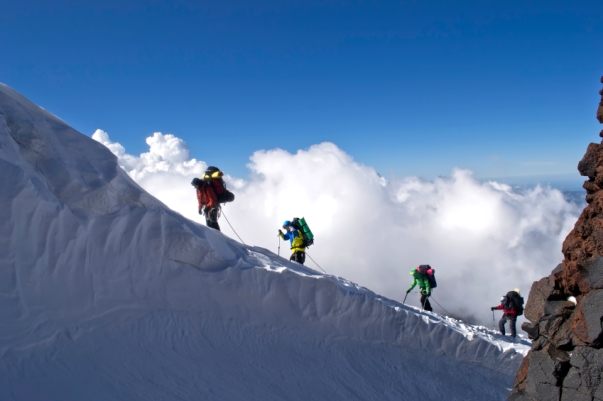 by Moira Forbes, via Forbes |

According to Sylvia Ann Hewlett, CEO of the Center For Talent Innovation, how you perform in your job isn’t enough to land you a spot in the corner office. In her latest book, Executive Presence: The Missing Link Between Merit And Success, Hewlett argues that being perceived as “leadership material” is just as critical as ability when it comes to achieving career success . Hewlett’s research reveals that a variety of factors contribute to projecting a leadership presence, from how you dress each day, to the way you communicate, and even to the number of PowerPoint slides used in a presentation. For women, this can present unique challenges, says Hewlett, as a narrower band of acceptable behavior remains in the workplace.

I spoke with Hewlett recently about what characterizes executive presence and what it takes to master this oftentimes-elusive quality.

We found that executive presence (EP) is a dynamic mix of appearance, communication, and gravitas. However, 67% of the 268 senior executives we surveyed reported that “gravitas,” the confidence and judgment you inspire in others to follow and trust your vision, carries the most weight in projecting executive presence.  This quality is extremely important because it signals that you not only have depth and heft but you also have the confidence and credibility to get your point across and communicate the authority of a leader.

Constantly referring to lists, reading notes, using eighty-seven PowerPoint slides, and shuffling papers truly undermines one’s gravitas and women are oftentimes guilty of these behaviors. I mention a story in the book about a woman who was passed over for a C-suite promotion. When I asked her boss why she didn’t make the cut, he said it was because every time she made presentations, instead of looking you in the eye and talking compellingly about her team’s performance, she’d have her head in lists, notes, or some dreary presentation. She presented herself, time after time, as someone who didn’t know how to command the room or trust herself to remember the thrust of her presentation.

You devote an entire chapter in the book to “Appearance.”  Walk us through some of the more common appearance “blunders” that particularly effect women.

While perceived as far less important than gravitas and communication, appearance turns out to be absolutely essential to executive presence, primarily as the first bar one must hurdle in order to be assessed on other, more critical faculties. More than any other physical trait, 35% of our senior survey respondents identified “good grooming” as EP’s most impactful physical trait for women. Appearing polished and “put together” is less about what you wear, per se, but how you wear it. In effect, looking well groomed requires being 1) appropriate and authentic, 2) attractive but not sexy, and 3) chic but not trendy or high fashion. Walking these fine lines is part of passing through the appearance filter, at all stages of your career.

Being perceived as too aggressive or too “female” can at times work against a woman’s leadership presence. What’s your advice to women on this point?

For women, wrangling executive presence is a complex, time-consuming struggle, with unspoken and biased rules . Specifically, our research shows that women have a smaller window of acceptability than men. Many of the missteps that can throw off a woman’s executive presence are not only unique to women, but are also easier to make—and harder to recover from.

A central piece of wisdom we gleaned is that if women want to clear executive presence’s many hurdles, they must signal to others that they want real, honest, unvarnished feedback. While it may seem fundamentally unfair that the burden to create a safe space be on the subordinate, direct report, or the protégé, an invitation to offer critiques makes the already touchy subject easier for mentors or managers to tackle, especially when you assure them that you’ll receive feedback in the spirit of improvement versus criticism. Feedback can be helpful in pointing out which paths to take—and which pitfalls to avoid.

Women employees must not be solely responsible for overcoming the hurdles I described. The organizations they work for, and the white men they work with, share a vital role in widening executive presence’s latitude for women, and creating environments that honor versus stifle differences among all people.

Authenticity is a key part of effective leadership, yet many women feel a certain pressure to conform in their professional lives.  How does one balance this?

There’s real tension between authenticity and conformity. I’m deeply aware of the value of not losing your identity, not losing what makes you unique. In fact, CTI research reveals that having innate diversity on teams—members who are female, nonwhite, or of non–European origin—boosts the team’s innovative potential by providing critical insight into the needs and wants of overlooked or underserved end users. In other words, your inherent difference makes you a valuable asset to teams—and leaders—who might benefit from the unique perspective that difference confers.

Leverage what makes you different and how that difference can be an advantage in providing an insight or capturing a market opportunity that other colleagues wouldn’t have been able to capture.

How to Improve Security System of Schools