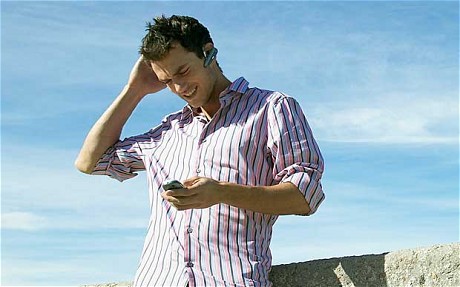 A year ago, I wrote about the top five myths of unwanted marketing calls and texts. If I was writing that list again today, I think there’d be a worthy contender to be the ‘sixth myth’: that a small minority of rogue companies are behind the calls and texts.

It is certainly true that organisations with little regard for the law do exist, and we spend a chunk of our time looking to target them, but there are just as many – if not more – messages and calls coming from big name, respected organisations.

That’s borne out in the quarterly enforcement update we published yesterday. The update lists the action we’ve taken this year and features some well-known brands.

Perhaps the most eye-catching will be the mobile phone network EE (Everything Everywhere). We have concerns about their compliance with the law around both sales calls and marketing text messages, and we’ve already been in touch with them to be clear that enforcement action is a possibility. Our concerns are prompted by consumer concerns, and as we work with them over the coming months, we’ll be monitoring what consumers are telling us about them.

With the right changes, it can be a positive journey; one that BSkyB (British Sky Broadcasting) has already completed. They were identified as prompting a large number of complaints before Christmas, but we’ve since worked with them to improve processes and we now feel enforcement action is unlikely to be required.

That improving of processes is crucial. The majority of organisations do not want to make nuisance calls and texts – after all, annoyed consumers don’t tend to sign up to a new product or service. But through poor processes, they’re either getting their call lists wrong – for instance calling customers who’ve left several years before – or they’re not being clear about how they’ll use a customer’s details, so someone signing up to their service doesn’t realise the terms and conditions mean they’ll receive marketing calls.

Being contacted by the ICO is usually enough of a jolt to these businesses to get them to sort out their processes, and the complaints quickly tail off. And where we don’t see the improvements we expect, we have the power to look at enforcement action: we’ve issued three enforcement notices already this year (and one preliminary notice), while the fine we issued in April took our total fines in this area to over a million pounds. We’ve also prosecuted three lead generation and marketing companies for non-notification offences, criminal breaches under the Data Protection Act.

Our work, alongside that of the other regulators and organisations working hard to combat nuisance calls and texts, has prompted a significant reduction in the number of concerns being reported to us over the last year. But while the trend is positive, there’s no time for complacency, with a slight rise from January to March. While we can put some of this down to the same seasonal rise we saw last year as people return from the Christmas and New Year break, it shows there’s still plenty more work to be done.

Finally, it’s worth noting the statistics suggest that the nature of the calls and texts being made is changing. We have seen a significant reduction in the number of concerns about messages relating to Payment Protection Insurance (PPI), with a growth in those around green energy initiatives and so-called ‘scrappage schemes’. The latter two are now responsible for 42% of all the concerns raised, and will be a focus of our work moving forward.

Simon Entwisle is ICO director of operations, responsible for all the operational functions of the UK Information Commissioner’s Office, including Customer Contact, Case Resolution, Enforcement and Good Practice as well as the Assistant Commissioners in Wales, Scotland and Northern Ireland.