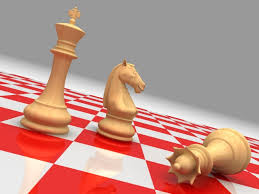 When franchising an existing business, be careful to avoid this major mistake

Each year there are hundreds of companies that decide to franchise their business. Franchising provides an opportunity to grow a business more quickly and establish a network of owner operators. However, not every business that chooses the franchise route will reach their goals. When considering the reasons why some new franchises fail while others succeed there are three:

1. The business concept or model is not suitable for franchising with the result being a flawed franchise.

2. The business owner, who will lead the new franchise, lacks the skills and acumen to lead a franchise organization.

3. There is a lack of sufficient capital which is needed to launch and operate the new franchise system.

Of the above three reasons, the one that’s the easiest to correct, and I would say is the most prevalent, is number 3, namely, a lack of sufficient capital. Although it’s unreasonable to expect a business owner to suddenly gain the business skills to operate a franchise, with the right amount of working capital, they could hire the staff needed to help manage the new franchise.

I would suggest that item 3 is the easiest one to correct, and here’s why:

First, if there isn’t at least 100K available to build and launch a new franchise don’t bother. This is the minimum amount necessary.

Third, focus on spending the minimum capital needed for an FDD, operations manual and marketing support. Some consultants will charge 25K for a marketing plan that consists of information available for free on the Internet. This means shopping around and speaking with a number of consultants both large and small.

Put as much effort into the search for a franchise consultant, as you’d expect a franchise candidate to put into seeking a franchise opportunity. Finally, if some adjustments need to be made to the new franchise, having sufficient working capital will enable you to make the changes.