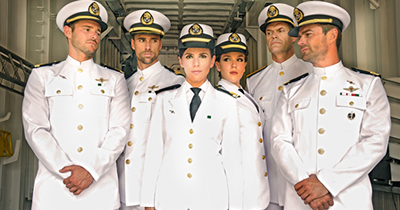 ATC, or Asian Television Content, will deliver new telenovelas from 7 to 8 in the evening with Filipino-dubbed Mexican content. The drama-love story “Two Sides of Ana” will air Mondays to Fridays, while the action-packed melodrama series “La Teniente” will air on Saturdays.

Randy Topacio, ATC’s VP for sales and marketing, promises an exciting rollout for TV 13’s evening primetime slots. “This will change the TV landscape while we see ourselves like David battling against Goliaths on Philippine television primetime programming,” said Topacio.

“You know the rest of that story,” Topacio adds confidently.

Mr. Topacio revealed that they at Asian TV Content (ATC) are currently in negotiations with a digital venture development firm to set-up their strategic digital content platform to support their offline efforts.

ATC is also launching the popular kids program “HI-5” in June, on the Monday-Friday, 5 to 5:30 pm slot. HI-5, a multi-awarded educational children’s program from Australia, currently reaches a weekly global audience of 1 million kids in over 83 countries worldwide. It was aired in the Philippines via Nickelodeon till 2011 and still airs on cable through Disney.

La Teniente takes a cinematic approach to scripted TV, using locations throughout Mexico and top Spanish-language TV actors as it depicts the adventures of a Special Operations unit of the Mexican Navy. Centering on Mexican Naval graduate Lieutenant Roberta Ballesteros (María Fernanda Yepes), the series shows the challenges facing her immediate and emotional entry into the elite Special Operations unit after a violent tragedy occurs to the group. The series follows her assimilation into the unit, which is filled with drama, action, love triangles, heroes and family. La Tenientes storylines often mirror real-life challenges that the Mexican Navy deals with as it protects its citizens, such as apprehending drug and human traffickers, disasters, superstition, politics and corruption , these are only some of the challenges which Lieutenant Roberta Ballesteros and her team will face during this action packed series . The cast also includes Matías Novoa, Héctor Arredondo, Armando Torrea, Sylvia Sáenz and Fernando Sarfati.

The Two Sides of Anna

A story of a girl named Ana, who is a sweet and kind-hearted person who was forced to change because of anger and hatred. Ana, who wants to take vengeance for her family’s death, plans to make the father and sons who killed her mother and brother fall in love with her. She ultimately sows discord among the three, but unaware that the love of her life, Gustavo, is a part of the family she’s determined to destroy.

How to Develop a Marketing Strategy That Works