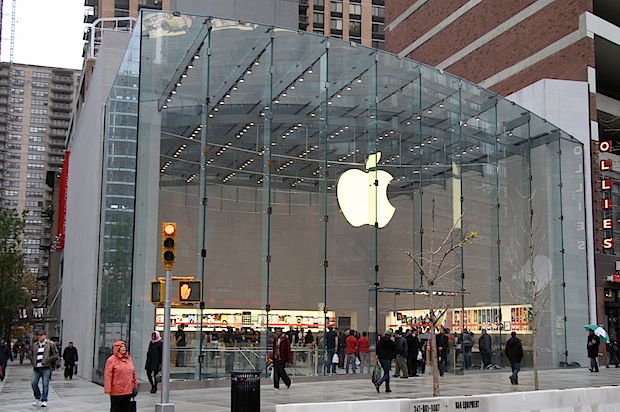 Apple wants to end its dependence on fossil fuel for all of its global facilities and the upcoming store in the city-state of Singapore will be one of the first in the world to be powered entirely by solar energy.

The Cupertino consumer electronics giant has partnered with Singapore’s largest clean energy provider, Sunseap Group, who will provide power to Apple’s 2,5000-person corporate campus and retail store. Energy will be obtained from solar panels laid on the rooftops of 800 buildings.

“We’re thrilled to be working with Sunseap and the government of Singapore to pioneer new ways to bring solar energy to the country and bring Apple even closer to our goal of powering our facilities around the world with 100 percent renewable energy,” said Lisa Jackson, Apple’s vice president of environment, policy and social initiatives in a statement provided to CNET.

The deal follows a recent announcement of two clean energy projects in China. The first involved building 200 megawatts of solar projects to offset the energy used in Apple’s supply chain, while a second project consisted of working with its manufacturing partners to install more than 2 gigawatts of clean energy production over two years.

In Singapore, Apple expects that this deal will generate 50 megawatts of energy, enough for 9,000 homes, though Apple will use 33 megawatts of the energy for its campus and upcoming store.

The announcement also confirmed rumors that the company would finally open a retail store in Singapore. The island-state has long been in list of day one product launches alongside bigger markets such as the US, Hong Kong and Japan, but has never had an Apple Store.

Instead, Apple relies on local distributors, Apple Premium Resellers, for retail and servicing to its customer base in Singapore. The upcoming retail store will likely see Apple placing a larger focus on the Singapore market, which currently also serves as a shopping hub for more devoted fanbase in the region, who often travel down to the island-state during product launches to get their hands on Apple devices such as the iPhone 6 Plus.

The expected location of its upcoming store will be at the heart of Singapore’s shopping district on Orchard Road, where it will be taking over 15,000 square feet of space. The company has also posted job listings for Apple Geniuses and other retail positions.