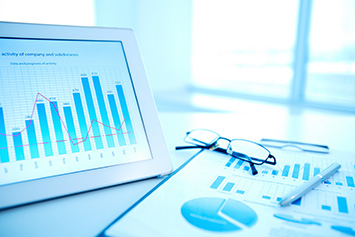 If you’re looking for ways to fund your startup project or initiative, you must have certainly considered raising funds through crowdfunding. After all, crowdfunding allows the best ideas to flourish and if it hadn’t been for this business model, only those with access to sufficient capital would be ruling the roost.

There’s nothing about crowdfunding that could possibly drive you away from considering raising funds this way. However, you’ll need to put some thought into planning your campaign. Perhaps the most perplexing moment will be when you have to decide between a ‘flexible funding’ campaign or an ‘all-or-nothing’ one.

Here are a few things you should know that will help you decide.

The Difference between Them

An all-or-nothing fundraising campaign involves setting a fixed and unalterable target before the start of the campaign. If you raise funds equal to or exceeding that amount, you get to keep the funds. If you don’t achieve the target, you get nothing and your backers won’t be charged a dime.

In contrast, you get to keep whatever funds you raise from your flexible campaign, irrespective of whether the total matches your target or not.

The Pros and Cons of Both

Considering the way each campaign works, you would assume that a flexible campaign is far better than the all-or-nothing one. That’s because with an all-or-nothing campaign you would receive nothing at all if you fall short of your target by even a few hundred dollars.

Tip: You can ask your friends or acquaintances to hold their pledge until the campaign nears its end. This way, if there’s just a small amount left to be matched with the target, you know you’ll make it through. You may also ask a friend to pledge a certain amount towards the end of the campaign on your behalf to bridge the gap.

On the other hand, in case of a flexible campaign, even if you don’t gather as much as you wanted to, at least you get something to help you get started on your project. However, this won’t work for projects that require a substantial amount of investment. If you end up making only a fraction of your targeted $20,000 with your flexible campaign, the funds won’t be able to help you at all.

An all-or-nothing campaign is bound to generate interest among pledgers. The risk of not making it to the target and losing everything makes your crowdfunding campaign exciting for them. This encourages people to pledge greater amounts towards your project.

Contrary to this, with a flexible campaign, there is no urgency involved and this can make your campaign less exciting to people.

There is no guarantee involved in a flexible campaign. For example, you promised pledgers a gift upon reaching your target but you received only a fraction of the targeted amount so you don’t give them what you promised. You may even be compelled to deliver what you promised by paying for it from your own pocket!

With an all-or-nothing campaign, you are not bound by such promises. Moreover, people are more likely to pledge amounts as they feel you’ll make genuine efforts to reach the target, and if you don’t, they won’t be losing anything.

Top crowdfunding sites will charge you a higher percentage if you opt for a flexible crowdfunding campaign. Moreover, the percentage you have to pay as platform fees is more when you don’t meet your targeted amount than when you meet it.

A flexible campaign essentially means ‘I need a certain amount, but if I don’t get it, I can manage with whatever I get’. This may not go down well with people if you’re running a campaign to produce goods. That’s because people might think that you’ll use the funds to produce something of inferior quality as you didn’t reach the target.

If you run an all-or-nothing campaign, pledgers won’t be bothered with these thoughts.

Choosing between the Two

While both all-or-nothing and flexible campaigns have their pros and cons, the former clearly seems to be a lot more promising. However, it’s important to think wisely before selecting either campaign.

It is advisable to go for a flexible campaign when your project is donation based or related to a cause. This way, you can make use of whatever funds you receive for a good cause.

An all-or-nothing campaign would be more appropriate for reward-based crowdfunding, especially if a part of the amount raised was going to be used for the ‘rewards’. As mentioned, you don’t want to leave your pledgers empty-handed.

The crowdfunding market is booming and rules and regulations pertaining to it are changing. By adopting this business model, you can not only bring diversity to your business, but you can also reach out to people on a global level.

Whether you consider donation or reward based crowdfunding, you are sure to benefit from funds generated this way if you plan your campaign well.

Apart from choosing the type of campaign carefully, give enough thought to the crowdfunding platform that you select. There are several crowdfunding niche platforms for your specific needs and picking the right one will definitely improve your chances of success.