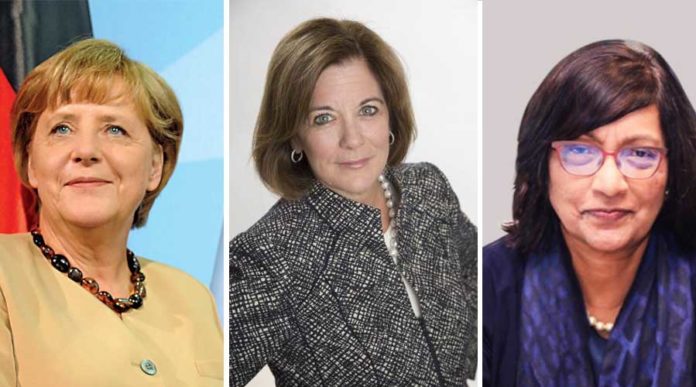 A Look at 3 Trailblazing Women and Their Careers | It’s no secret that women have had to overcome several obstacles on their way to becoming established within their careers. Non-inclusive workplaces, unequal pay, and gender bias are three of the key issues that women have had to contend with in their professional lives even today.

Nevertheless, many women have overcome the obstacles of their time to influence society in diverse ways, laying the foundation for several others. As such, they’ll forever serve as a shining example to every new generation of young women seeking to pursue careers in various fields ranging from politics to the arts. Here are three prime examples of trailblazing women and their careers.

Malliha Wilson is a Tamil-Canadian lawyer currently working as Nava Wilson LLP’s senior counsel, specializing in human rights, corporate and labour law, indigenous human rights, constitutional law, and other complex litigation. Her career began in the Ontario public service after being called to the bar. Initially, she joined the Counsel for the Ministry of Government Services and served as counsel in Ontario’s Native Affairs Secretariat. From 2000 to 2004, she was the Legal Director for the Labour Ministry and served as the Director of the Crown Law Office-Civil till 2008. In 2008, she became the first visible minority to serve as the Assistant Deputy Attorney General of the Ontario Government, an office she held from 2008 to 2016.

After eight years at the Ministry of the Attorney General of Ontario, Malliha was transferred to the Investment Management Corporation of Ontario, where she served as Special Legal Advisor. In 2017, she co-founded Nava Wilson LLP, a law firm based in Ontario. She’s currently on the boards of the Churchill Society for the Advancement of Parliamentary Democracy, the Global Justice Journal, Osgoode Hall Law School Alumni Association, and the Philippe Kirsch Institute Editorial Board.

Wilson has participated in more than 20 notable cases at the Ontario Court of Appeal and the Supreme Court of Canada. After obtaining her undergraduate degree from Montreal’s McGill University, Malliha pursued a law degree from York University’s Osgoode Hall Law School and completed her studies in 1981.

Angela Merkel is currently serving her fourth term as Germany’s Chancellor, the first woman to occupy this position. Her political career started after the Berlin Wall fell in 1989 when she served as deputy spokesperson for Lothar de Maizière’s caretaker government. Merkel served as the Minister for Women and Youth from 1991-1994, Minister for Environment from 1994-1998, General Secretary of the Christian Democratic Union (CDU) from 1998-2002, and as opposition leader from 2002-2005. Since 2005, Merkel has been German Chancellor and is widely regarded as the world’s most powerful woman today. She also has an impressive educational career, culminating in a doctorate in Quantum Chemistry.

Additionally, she’s fluent in at least three languages (German, English, and Russian), a quality that undoubtedly comes in handy in her role as one of the free world’s most prominent leaders. Being a polyglot is undoubtedly an advantage in an increasingly interlinked world. For example, in business, it would help to speak as many languages as possible if you are aiming for a global reach. However, you can still leverage the services of a good translation agency to help you interact with your clients in countries like Brasil, Sri Lanka, and more. Reputable translation and interpretation services are necessary for those who need to work in Português as readily as they need to work in English in the United States.

K International is a translation agency comprised of a dedicated team of transcribers, interpreters, international linguists, and compliance experts that you can leverage for various language needs. Their helpful language translation services help you communicate accurately and clearly with employees, clients, and service users worldwide in over 250 languages. As such, they’re widely patronized by businesses in the financial, manufacturing, healthcare, retail, technology, legal, and public sectors.

Their language services specifically include transcription, translation, labeling and compliance, accessibility, interpreting, global marketing, design, and creative global marketing, and industry-specific services. What’s more, they have years of experience in the translation industry and are trusted by some of the world’s leading brands, including Amazon and Tesco.

Suzanne Clark is the current president and CEO of the U.S Chamber of Commerce, the first woman to hold this position. She first joined the Chamber in 1997 and served in numerous senior leadership positions from 1997 to 2007 before heading to the private sector for more opportunities. Before rejoining the Chamber in 2014, Suzanne led Potomac Research Group, a leading financial information boutique. She was also president of the National Journal Group, leading the organization through rapid digital transformation. Currently, she serves on the boards of AGGO, TransUnion, the Economic Club of Washington, and SOME.

To conclude, several powerful women have laid the foundation for future generations to follow in their footsteps career-wise. The points above are three prime examples of such women and their careers so far.