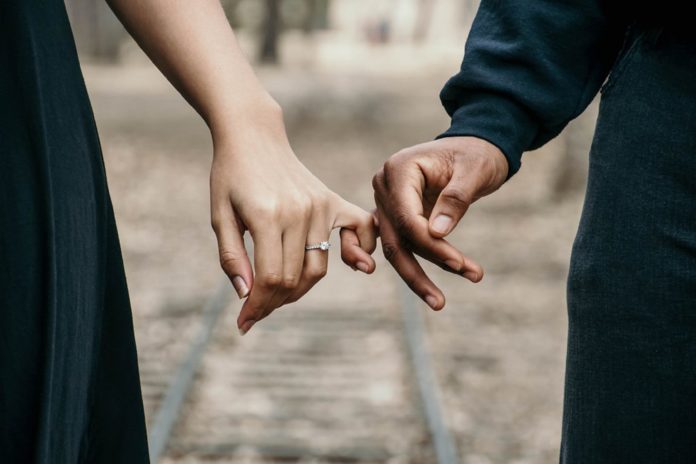 Ready to get your heart broken? Believe it or not, some of the most deep rooted traditions and practices in today’s world weren’t some sacred ritual created hundreds and hundreds of years ago. Some of them were created by companies to sell their products. Without further a due, let’s get started:

The practice of exchanging rings with your fiancé was indeed a tradition since ancient Rome.

But the idea of the diamond ring only came about in the 1870’s when the De Beers Diamond Company purchased rough mines in South Africa that they began marketing these pressurized pieces of carbon as engagement rings.

I say carbon because even the chairman of the De Beers Company, Nicky Oppenheimer confessed in 1999 that diamonds are “intrinsically worthless.”

Their campaign was so successful that whenever one thinks about marriage, they imagine a man on one knee with a diamond ring in his hand. (The most successful marketing campaign ever? You decide.)

2) The 2 Month Salary Rule for Your Engagement Ring

The rule that your engagement ring should be worth two months’ salary was also a decision made by the De Beers Company.

When sales were lagging, they decided to increase the median price of their sales by advertising and touting the rule we know now that an engagement ring should cost what you make in two months.

Back in the good old days, people used water to clean themselves up when they went to do their business.

The idea for packaged toilet paper, which consisted of pre-moistened sheets with aloe in a Kleenex-style box, wasn’t introduced until 1857.

Toilet paper rolls was introduced in 1890 by Clarence and E Irvin Scott, whose company Scott’s is still one of the leading toilet paper brand worldwide.

Yup. The day to show appreciation and love to your daddy was actually invented by the greeting card industry and the New York Associated Men’s Wear Retailers during the Depression.

It was a way for them to promote and sell cards and ties.

Back then, it was as normal for a woman to have hairy armpits as men.

It wasn’t until Gillette came along and convinced them that they were bad.

It all started in 1915. Sleeveless and sheer-sleeved dresses were coming into fashion. Capitalizing on this, Gillette launched a marketing campaign in Harper’s Bazaar convincing women that their underarm hairs were both unhygienic and unfashionable.

A decade or so after that, those ads spawned an entire industry of personal shaving products.

Ask many scientists and they will say that body odour plays a role in our mating process. Our natural scent gives out pheromones that attract our potential mates. Sure, some might find repulsive, but for others, it smells fine to them.

Body odour was widely accepted as a fact of life until a product came along and convinced women that it was a bad thing too.

It was a product designed to keep a surgeons hands dry. But Edna Murphy in the 1920’s decided that the better way to sell more product was to market it as a way to keep a woman’s underarms dry.

But in order to do that, they have to convince everyone that body odor was not welcomed.

Did you know Santa Claus was actually reference to St. Nicholas (pictured on the left), before Coca-Cola turned his character into the jolly man in the red suit (pictured right) we know now?

It began in the 1930’s when the Coca-Cola company started to place ads in the Saturday Evening Post, designing the modern day Santa Claus.

They based their renderings on the description of Saint Nick on the Clement C. Moore poem “Twas the Night Before Christmas.”

***
This article was written by Ben Sim from iPrice Group.

How to Find a Development Partner for Your Tech Startup