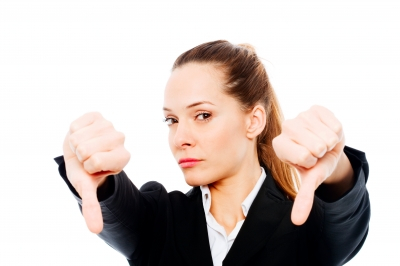 Reason #1 – IE is broken beyond repair. Literally there is no solution.

“We are currently unaware of a practical solution to this problem,” the Department of Homeland Security’s United States Computer Emergency Readiness Team said in a post Monday morning.

Reason #2 – You are safer from targeted software viruses

Because IE was used for so long and by so many people (and it still is to some extent), hackers find it an extremely valuable target to attack very large groups of people. You can be less vulnerable by choosing other browsers or using an Apple product.

Reason #3 – Microsoft is a little slow

In addition, I get the feeling that Microsoft is just slow in fixing Internet Explorer bugs. The last release of IE patches included a fix to a bug that Microsoft had been told about six months ago.

There are certain “universal” standards by which just about every internet browser interprets coding. This consistency is what allows websites to maintain their design and functionality across multiple browsers on a variety of devices. While most companies work to keep these standards, Microsoft opted to follow their own set of rules. Because of this, you encounter websites that either look incorrect on Internet Explorer or just flat out break.

Internet Explorer does not automatically check for out of date plugins / extensions and prompt you to update them – both Firefox and Chrome do this. Out of date plugins are a favorite method hackers use to get inside your computer. In Chrome the most commonly attacked plugins (Adobe Flash and Adobe Reader) run in a safe area of your computer called a “sandbox” so, even if they are compromised, they can’t actually do any damage.

If you use multiple computers, both Firefox and Chrome have built-in features to synchronize bookmarks and more between different instances of the browser. Internet Explorer (at least up to version 8) can’t do this.

There hasn’t been a version of IE for Mac since Safari was developed in 2003 despite the fact that there is a Windows version of Safari. Frankly, what Mac user would want it? The lack of compatibility, particularly with mobile devices and the iPad, makes IE nearly obsolete.

With other great options available at no-cost, there are very few reasons to continue using Internet Explorer.

What do you think? Will you make the switch or have you already? Tell me why or why not@ZachOnLinkedIn

And don’t forget to follow me on LinkedIn if you haven’t already!

Zachary Lukasiewicz is a Project Manager working with Seven Verbs (Web Development),Coaching Actuaries (Educational Software) and Passed Tense(Educational Software). He graduated from Drake University in 2013 with a BSBA in Business Marketing, where he was also a Sigep. Other activities that he is involved in include: Youth Leadership Initiative,Community Connect, and volunteering with Habitat for Humanity, Drake Relays, Des Moines Music Coalition and TEDx Talks.