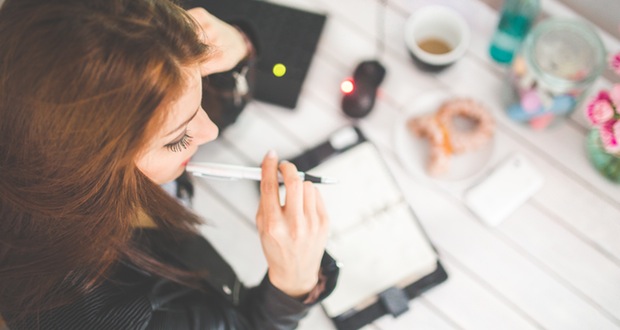 Studying abroad can be a great opportunity to get outside of your comfort zone and experience a different culture. It can also be a chance to network with people across the globe and see what it’s like to live in a different part of the world.

Many university students choose to head abroad for either one or two semesters of their degree. Often, universities can provide a list of institutions around the globe they have partnered with, for their students to view and consider applying to, so if you’re currently studying, it can be worth doing a search for this.

We’ve compiled a list of a few interesting places if you’re considering studying overseas as part of your ongoing education!

Canada is a beautiful country with lots of gorgeous natural and man-made sites to see. It’s also a highly safe place, with the Global Peace Index ranking the country as one of the top 10 safest countries in the world.

There are many iconic places to visit in Canada, from Niagara Falls to the CN Tower to the Rocky Mountains, and with so much at your doorstep, a keen traveler is sure to never be bored. As far as studying goes, Canada has some of the world’s top universities, with the University of Toronto ranked as 31st in the world, and McGill University as 32nd.

India may be a good place for you to consider studying abroad in if you are looking for an inexpensive option with a rich and vibrant culture. There are many opportunities for cheap travel within India, from the breathtaking Taj Mahal to the Himalayas. It could also provide an eye-opening experience for those who haven’t lived in or traveled to a developing country before.

India also happens to have to have the world’s largest student population at a staggering 34 million. That’s nearly as many people as there in Canada. Yes, the entire country. With growing numbers and international interest, India is aiming to upgrade its accommodation for students to the most modern standards over the coming decade.

Out of all the English-speaking countries, the UK has one of the highest student satisfaction rates in the world. 90 percent of UK students are pleased with their experience, and it’s no wonder why!

The National Health Service provides free healthcare for all students who spend 6 months or more studying in the UK. Student visas also allow people to work up to 20 hours each week, which can help out with any extra costs.

The UK may be a good choice for English speakers who would find being in a non-English speaking country daunting. There are numerous interesting things to see in the UK, from classic tourist spots like Big Ben and the London Eye to sites for would be monster hunters (Loch Ness) or history buffs (Stonehenge).

Japan
Japan is a popular option, largely due to its high quality of education, wild culture, and affordability. There are around 800 universities in Japan, and the Japanese government has stated it wishes to double the number of international students studying within the country by 2020.

Amongst all these educational perks, the country also offers up breathtaking sites and scenery. Popular destinations for travelers include Mt Fuji, the gorgeous cherry blossoms in various parks, and Tokyo’s Skytree, to name a few.

Japan also allows for its foreign students to work up to 28 hours a week, which could be great to help cover accommodation or sightseeing costs.

America
Ever dreamed about the typical college lifestyle portrayed in the movies? Well, why not study in America and live it?! America is home to around 5,300 universities and colleges, including some of the world’s best such as Harvard and MIT.

The US is one of the most popular, if not the most popular, destinations to study in the world. The culture behind American colleges is widely shown in television and movies, and the degrees themselves generally have great international standing. US universities are also often up-to-date with the latest technology and learning resources.

As seen in countless film and television programmes, America has no shortage of famous landmarks and tourist hotspots to visit, from Yosemite National Park and the Grand Canyon to The Statue of Liberty and the Golden Gate Bridge.

Germany
As with many European destinations, Germany is a popular option for studying abroad, and rightfully so! With delicious, world-renowned food, top-ranking universities, and the option to travel around other countries in Europe with a student visa, it’s no wonder it’s a popular destination for scholars.

There are many sites to see in Germany, including numerous ancient castles and the remains of the Berlin Wall. Living in the country can be a great way to brush up (or learn) the German language.

This list only scratches the surface of possible places to study if you’re thinking about going abroad for part (or all) of your education. If it’s something you’re seriously considering, have a chat with someone in the study abroad department at your university, or reach out to the international school you wish to attend to find out what steps you need to take, and you could soon be embarking upon a scholastic adventure of a lifetime!

How an MBA Can Kickstart Your Career

8 Ways To Ensure A Smooth Running Of Your Educational Institution

What Are the 4 Different Ways to Get Your BSN Degree?