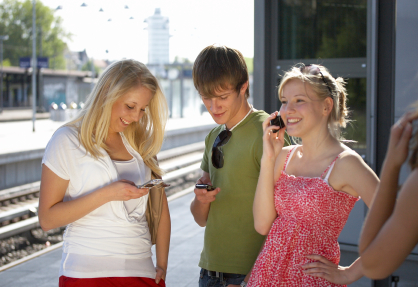 by Ryan Holmes, CEO of Hootsuite |

Duke University recently published a study on social media that left many managers scratching their heads. Social media spending at companies, the report showed, currently represents 9% of marketing budgets, and that’sforecast to rise to nearly 25% within five years. But half of marketers interviewed said they couldn’t show what impact social media had on their business – at all.

Critics were quick to call the surge in social media spending a case of throwing good money after bad. From my perspective, however, these conflicting stats tell an entirely different story: that social media is evolving at breakneck speed and companies are struggling mightily to keep up. Businesses are reaching larger audiences and seeing increasing benefits, but the shifting social media landscape makes getting consistent results – and measuring them – an enormous challenge.

In 2015, the pace of social media change is – if anything – poised to accelerate. But for businesses, there’s one important difference from the past. Hungry to monetize, the major networks are figuring out ways to make it simpler and more productive for companies to engage with customers. Meanwhile, tools are proliferating that make it easier to track the impact of social media spending and even measure return on individual Tweets and posts.

In short, 2015 is the year that the impact of social media on business gets easier to show and possibly impossible to ignore. Here’s a look into the crystal ball at what the year ahead holds for businesses:

Your company’s Facebook Page has thousands of Likes, so that means thousands of people see your updates each time you post, right? Nope. Historically, Facebook’s proprietary algorithm limited reach to just 16% of brands’ fans. But a report published by researchers at PR firm Ogilvy earlier this year showed that number has since declined to around 6% and may fall further. “Increasingly, Facebook is saying that you should assume a day will come when the organic reach is zero,” explained the paper’s author, Marshall Manson.

Why has this happened? First of all, there’s more potential content than ever flooding users’ news streams, which means that less and less of it actually gets shown. At the same time, Facebook is encouraging companies to use its paid social ads, which reach a significantly larger percentage of fans than organic posts. These so-called “native ads” look just like normal Facebook posts and show up directly in users’ news streams, not along the side of the page like traditional banner ads.

What does this mean for businesses in 2015? Staying relevant on Facebook will require doubling down on paid social ad spending. At the same time, we’ll also see companies diversify their social media efforts to include other social channels, including Twitter, Instagram and even China-based messaging service WeChat. This “platform-neutral” approach is both a hedge against further changes at Facebook and a smart way to reach different demographics flocking to other networks.

It’s easy enough to flash around vanity metrics showing your company has thousands of Twitter and Facebook followers or gets tens of thousands of Likes on Instagram. But how does that all translate to sales and revenue? Until now, that question has largely been evaded, with spending justified on the basis of vague terms like “exposure” and “mindshare.”

That’s changing, fast. A new crop of tools are bringing the same rigor to the social media sales process as older-generation measurement tools brought to the online sales process. For starters, analytics software (like the uberVuTool that my company uses) can now pinpoint which social networks drive the most clicks and traffic, bearing in mind what type of content you’re sending (text, images or video) and who your intended audience is. Applications can auto schedule messages to be delivered at optimal time of day and report back not just on how many people viewed but on the relative clout and influence of those viewers.

Combine these tools with Google Analytics and social customer relationship management software like Nimble (for logging customer interactions over social media) and it’s possible to directly track how all of these efforts translate to visits to company websites and, in turn, leads for salespeople and even purchases via ecommerce channels. Finally, we’re reaching a point where specific Tweets and posts can be linked directly to sales and assigned a real monetary value, not just an aspirational one.

In November, Snapchat announced the launch of Snapcash, becoming among the first major social networks in North America to allow users to transfer money to one another in messages. The service uses debit card information and appears to be, at least for the moment, free of charge. Once information is stored, it doesn’t have to be entered again – funds are transferred from one bank account to another with a few taps and swipes.

Expect other social networks to soon follow suit, as part of a larger race into mobile payments. In fact, hacks released in October show a hidden payment feature already buried deep inside Facebook’s popular Messenger app. If activated by the company, it could allow the app’s 500 million users to send money to each other.

Peer-to-peer payments, however, are likely just the start. It’s not much of an intuitive leap to see how this functionality could be opened up for payments to merchants, as well. This, in turn, paves the way for social networks to dive into the world of ecommerce. Retailers would be able to send out offers for specific products in the form of Tweets or Facebook posts, for example, then consumers could buy with a tap or two. In fact, we’re already seeing exactly this convergence of social media and ecommerce in the “buy” buttons currently being beta-tested on Facebook and Twitter streams.

And there’s one other twist to this story. For merchants, receiving low-cost or no-cost payments via social media is much more attractive than getting paid with credit cards, which generally skim a 2-4% interchange fee off the top of every transaction. As social networks become associated more and more with financial transactions, we may well see Facebook and other platforms branch out to offer a cheaper, easier-to-use alternative to the traditional credit card system in the years ahead.

Airlines, Internet, cable providers and many other industries have reported significant benefits from handling customer service on social media. Consumer satisfaction goes up because the experience is more personalized and responses are often much faster than communications via traditional channels like 1-800 numbers or email. Because conversations are generally public, clients with legitimate gripes have a better shot at equitable treatment and companies that handle problems well get instant recognition on social media.

But those same benefits can be liabilities. Lots of customer information is too sensitive to discuss openly on social media. Complex problems can be hard to resolve in a series of 140-character Tweets. And, of course, not every company is eager to have its dirty laundry aired to the world. New offerings, however, are bringing together the best elements of social customer service and phone service, while reducing potential blowback.

One new option you can expect to see in the year ahead is the rise of personalized Tweet-to-call links. Say a customer reaches out via Twitter with a tricky problem. This technology enables a company to Tweet back with a custom link that works only for that particular customer. Clicking on the link leads to a special phone number that connects directly with a service rep, who can handle the issue. Once the conversation has ended, the phone number is deactivated.

In this way, customers get the quick response times of social media coupled with the privacy and versatility of traditional phone service. And companies can offer discrete, on-demand phone service for those special problems that can’t be handled effectively via low-cost social channels.

The biggest social media innovations will come through the back door

The cloud has changed the way software and technology – including social media – enters companies. In the past, IT directors called the shots. Now, however, employees in all departments are actively seeking out the apps and services that let them do their jobs best. Freemium pricing, which allows access to basic versions of software at no cost, makes it easy to test-drive new products. And these cloud-based tools tend to be intuitive and easy to use, just like Facebook and other consumer-oriented apps (a trend known as the “consumerization of IT”).

All of this means that, while it’s near impossible to predict exactly which apps will take off in the year ahead, the next great social media innovation may already be percolating through the ranks of your company. Just as it was frontline employees who spurred the adoption of now ubiquitous time- and money-saving social tools like Yammer (for internal social networking), Dropbox (for file sharing) and Google Hangouts (for conference calling), so will the next, best social media tools rise from the bottom up within companies.

Want a peek into the social media future at your business? Ask to borrow the laptop or phone of the newbie straight out of college (or, better yet, the 19-year-old intern) and see which apps she’s using.