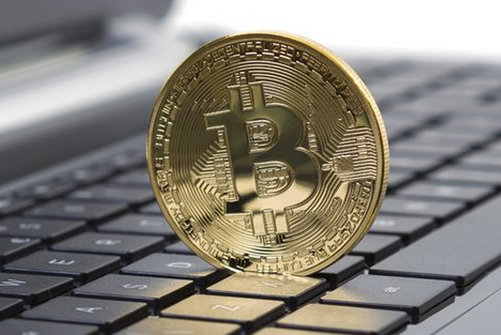 If life has gotten dull and you want to liven things up a little, bring up the topic of cryptocurrency in a crowded room and you’ll soon have a fight on your hands.

Cryptocurrency is one of those third-rail topics where every conceivable interest group seems to have an impassioned pro/con opinion. While some see it benignly as digital cash for the internet, others view it as an instrument to bring down government-backed currencies and the banking systems that exploit them.

With all the heated rhetoric surrounding the topic, we thought it would be helpful to reach out to people who work with cryptocurrencies on a daily basis to get to the bottom of the most common misconceptions.

Because cryptocurrency relies purely on mathematics, humans are unnecessary

This is a common theme among proponents of cryptocurrency, especially those seeking to undermine or replace current banking systems.

A conversation with someone who referred to himself as Norm Chomsky sees cryptocurrency as “a ‘trustless’ system whose cold mathematical algorithm cannot be governed or manipulated by humans. Its decentralized nature is inherently impervious to the direct forms of manipulation that plague colored rag-paper.”

“Finance is inherently a human activity,” he said when asked about this tension between pure math and the human element. “I think about ways that people can use virtual currencies to be more human rather than to remove the human element.”

If cryptocurrencies are to be integrated into retail environments, Wang’s perspectives on the user experience must be addressed. One of the problems he sees with bitcoin is that it’s too inconvenient to use, and he’s not the only one. As this problem is addressed, only then can we move to a tipping point where cryptocurrency moves to the mainstream.

According to Tuomas Ahola, Community Manager for the web-based cryptocurrency community Let’s Talk Bitcoin, many merchants have been led to believe that cryptocurrency will lead to higher sales revenue.

“While that may be the case, short-term, due to a newness effect, in the long term, many merchants have found out that it may be too early to rely on bitcoin.”

There are no fixed processing fees for cryptocurrency transactions, which is a big deal for retailers who want to hang on to that money. The retailers who’ve gotten in early will have to sit and wait for the tipping point when crypto-payments go mainstream.

Research cryptocurrency and it won’t take long to find this objection, which has to do with the notion that cryptocurrency, unlike a tangible commodity like gold, has no intrinsic value, thus making it worthless.

Michael Kimani, a financial trader specializing in cryptocurrency, refers to bitcoin (which is often used to stand in for all cryptocurrency, as Coke is to soda and Kleenex is to tissue) as “a digital scarce asset that has been compared to gold — digital gold for a digital age.”

Kimani went on to say that “bitcoin is comparable to other limited supply assets such as precious metals, and in fact, the US Commodity Futures Trading Commission (CFTC) has regulated and categorized bitcoin as a commodity.

Cryptocurrency is only used by the dark web and criminals

Ahola joked about the prevalence of this misconception of cryptocurrency, pointing to stereotypically shady dealings like domain hosting and adult entertainment.

Look around, and you see cryptocurrency being used for mainstream purchases like computers. Last July, Dell announced a pilot program with Coinbase, a third-party payment processor, to accept bitcoin for purchases coming from the U.S. On February 19, Dell expanded the program to include Canada and the UK.

On the same day that Dell announced the expansion of its bitcoin program, Newsweek published a cover story titled “The Rise and Fall of Silk Road, the Dark Web’s Amazon,” a detailed account of how bitcoin was used to fuel a multimillion dollar drug business. This story trumped Dell’s relatively mundane announcement by feeding into peoples’ fear of the unknown, which is what seems to drive much of the uncertainty about cryptocurrency.

Cryptocurrency is a fad, doomed to fail

Because crypto-wallets can be clunky for lay people to use and the markets for the many types of cryptocurrency are volatile, this leads many to dismiss cryptocurrency as unsustainable — a doomed enterprise.

“I think that people don’t quite realize how revolutionary these technologies can be,” Wang said. “They see them as something that is totally separate and independent of the current financial system.”

Wang points to cryptocurrency as an agent for innovation in markets. “I think that one of the big things about bitcoin is that it shows that people can create markets that trade something 24/7, and so the natural question is, ‘If you can trade bitcoin 24/7, why can’t you trade Apple stock the same way?’”

These are only five of many misconceptions about cryptocurrency. What are the misconceptions, myths and misinformation that you’d like to see cleared up? Tell us about it in the comments section below.

Cyber Security For Your Business