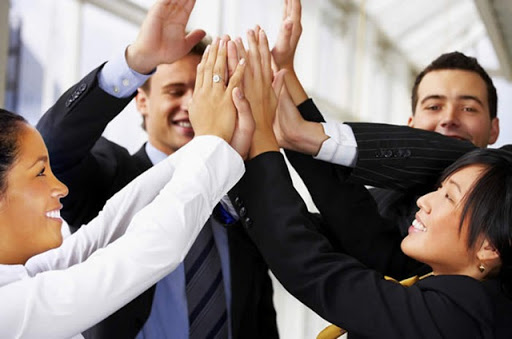 by Lydia Dallett | via BusinessInsider |

Entrepreneurs know that for every startup success story, there are thousands more that never make it out of the garage.

Even startups that manage to raise millions in seed funding can crash and burn before they establish themselves as a viable, sustainable company. (Anybody remember GoCrossCampus?)

Lynn LeBlanc, a tech entrepreneur with two successful startups to her name, says that in the rush to take part in a tech environment that’s turning 20-somethings into millionaires practically overnight, would-be entrepreneurs often make a critical mistake: they focus solely on their product or business strategy without paying attention to the people on their teams.

“Before going for the gold, be sure your team has the skills to create success,” says LeBlanc, CEO and founder of HotLink, an award-winning tech startup that enables companies to simplify hybrid cloud and IT management.

After working for almost 30 years in management and product design roles at both Fortune 500 companies and Silicon Valley startups, LeBlanc has developed these five rules for cultivating the loyal, passionate, and high-functioning teams you need to get your startup off the ground.

1. Only hire people you know. When putting together her team for HotLink, LeBlanc only tapped people who had worked with each other before in some capacity. “The practical skill set was very well known, and this is particularly important in an early-stage startup [when] delivery is everything,” she says.

Bringing on new people can add important skills, but it takes time to build trust in each others’ abilities. “You want your functional areas covered by people you trust early on to build the right strategy and get your early product out and in an efficient way,” LeBlanc says. “The more you know in advance, the more predictable the success of what you’re trying to accomplish.”

2. Find partners with the resources to make a long-term commitment. While LeBlanc was able to raise $10 million in funding for Hotlink in just three months, she stresses that it takes a lot to get to the fundraising stage. “It can take a while to be in a position where you can raise outside capital or bring in outside customers,” she says. “If you’re not in the position to work for the better part of the year (as a side job) without being paid, it’s going to be harder” to manage the overhead costs.

She recommends partnering with people who have the resources to help cover costs, so you don’t have to bring in angel investors up front. “The upside is at the end,” she explains, “everyone makes a lot more money.”

3. Don’t hire college kids. Along that vein, LeBlanc cautions against hiring employees who haven’t accumulated several years of experience — and the resources that come with it — by working for established companies. “You want a core team that’s seasoned,” she says, “but you can supplement that with people with a few years of experience.”

4. Integrate people with sales and marketing experience as early as possible. The trend in Silicon Valley, LeBlanc observes, is to “get a group of technical types together, create a startup, and then once it gets farther along, that’s when you start bringing the other functional areas together.” This is extremely shortsighted, she says, because “you don’t have people on your core team who are accustomed to taking products to market and selling them and getting people to give you money.”

As a result, a lot of the early decisions about what to build “are based on assumptions that aren’t valid,” and entrepreneurs wind up losing all their funding on products that nobody wants to buy. LeBlanc suggests bringing in people with consumer-facing sensibilities during the development phase, which can save you a lot of time, stress, and fundraising down the line.

5. Staff your core group with people who are passionate about the company, not the financial outcome. While startup success stories like Instagram and Snapchat are enough to make an English major think about engineering, LeBlanc argues that companies or apps that are created for the sole purpose of being bought up by Google have a very narrow chance of succeeding. “Too much fixation on a short-term exit is very dangerous when you’re putting together a startup team,” she says. “Startups have a lot of ups and downs. If everybody is just looking for the payday, they don’t have the right perspective going into a startup, which can take years to make a success.”

How to Avoid Scams While Traveling

Craft Beer: A Blooming Part Of The Beer industry

Livestream of the Asian Solar Summit in July 2021

How to Avoid Scams While Traveling